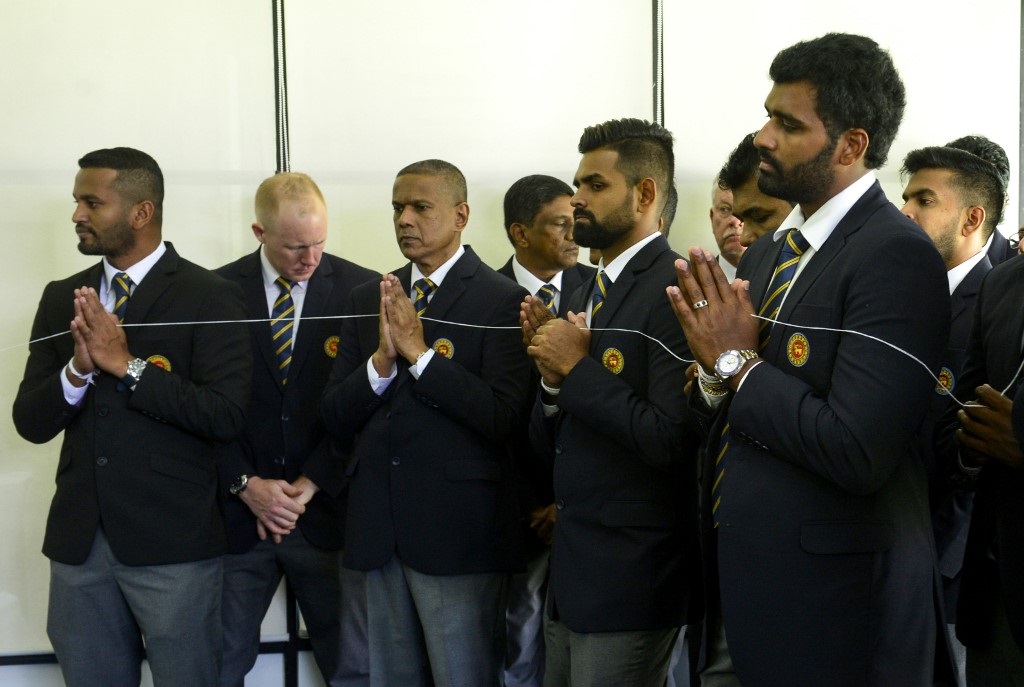 Sri Lanka's cricket captain Dimuth Karunaratne (L) and teammates look on as Buddhist monks chant prayers for their success during a Buddhist ceremony in Colombo.

COLOMBO - Sri Lanka goes into the World Cup with low expectations after losing eight of their last nine one-day matches and led by a captain who has not played 50-over cricket for more than four years.

While the 1996 champions have enjoyed some success in the Test arena, they have lost more than three-quarters of the ODI matches they have played since the beginning of 2017.

During that period, Sri Lanka has been led by six different captains, the most recent of whom is Test opener Dimuth Karunaratne.

Karunaratne, who is regarded as one of the best batsmen in the five-day format, had not been part of Sri Lanka's ODI set-up since the 2015 edition, largely because of his low scoring rate in limited-overs matches.

With the team's top order having routinely proved fragile during the series against South Africa in March, the solidity Karunaratne offers as an opener has proved attractive to team selectors.

In his first assignment as Test captain, the 31-year-old led Sri Lanka to a 2-0 win in South Africa, to make the islanders only the third team after Australia and England to win a Test series there.

But the skipper would have to perform a near miracle to make his team into serious contenders for the biggest prize in ODI cricket.

The left-handed Karunaratne re-started his ODI journey with a bang after scoring 77 off 88 balls to guide his team to a 35-run win over Scotland via the Duckworth-Lewis method on Tuesday.

His predecessor, Lasith Malinga, leads the team's pace attack and is fresh from a title with Mumbai Indians in the Indian Premier League Twenty20 tournament.

The win against Scotland does not erase the shortcomings highlighted during their 5-0 ODI thumping in South Africa in March.

Most concerning was the batting, with Sri Lanka unable to last the full 50 overs in any of the four games that went the distance.

None of the Sri Lankan batsmen scored a century in that series and it was number nine batsman Isuru Udana who produced the team's best innings of 78.

The lack of a quality spin bowler has also plagued the team with Akila Dananjaya, the spinner they had been grooming for the World Cup, proving a shadow of his former self after having his faulty action remodelled.

In place of Dananjaya, Sri Lanka have picked leg-spinners Jeffrey Vandersay and Jeevan Mendis as primary spin options in their World Cup squad, though neither of those bowlers had played an ODI in the previous 18 months at the time of selection.

Also of concern is the fielding, which has been below par in the past two years, with the catching especially poor.

They can at least take heart from their pacemen Malinga, Suranga Lakmal and Nuwan Pradeep.

Pradeep claimed four wickets in the game against Scotland.