England beat All Blacks to advance to World Cup final 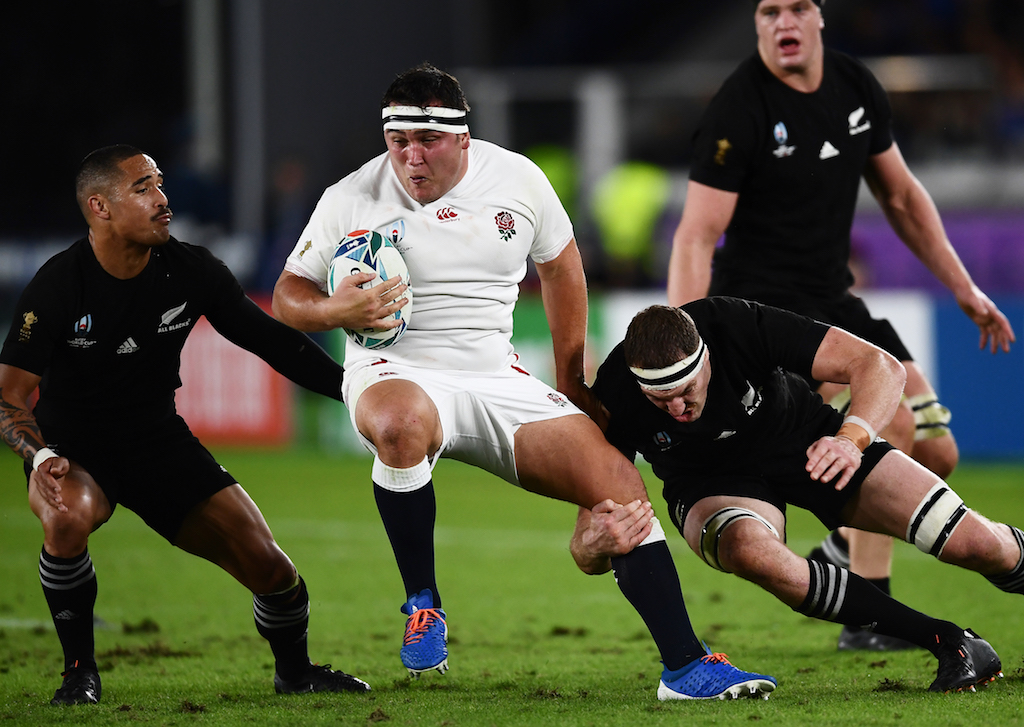 The result ended the All Blacks 18-match winning streak at the tournament after they were last beaten in the 2007 quarter-finals by France.

The mind-games started even before kick-off with England forming a V-shaped wedge to face off against the All Black haka -- with officials having to order some of the English players back into their own half.

An early Manu Tuilagi try helped England to a 10-0 lead at half-time against New Zealand.

Tuilagi bundled his way through two All Black props to score under the posts with less than two minutes on the clock in Yokohama, with captain Owen Farrell slotting the easy conversion.

England made a lightning start by going ahead in less than two minutes with Tuilagi's try.

They nearly went further ahead when Tuilagi intercepted and set Jonny May on his way, but the England wing was hauled down in the All Black 22.

England had a try disallowed on 25 minutes when referee Nigel Owens judged Tom Curry had taken out a defender for Sam Underhill to race through.

The All Blacks did not threaten too much for the first 20 minutes but almost caught England napping with a surge towards their line, Jack Goodhue being bundled into touch just short of a try.

George Ford's attempted drop goal after the half-hour mark sailed wide but he made amends with a penalty on the stroke of half-time to give England a lead their first-half dominance deserved.