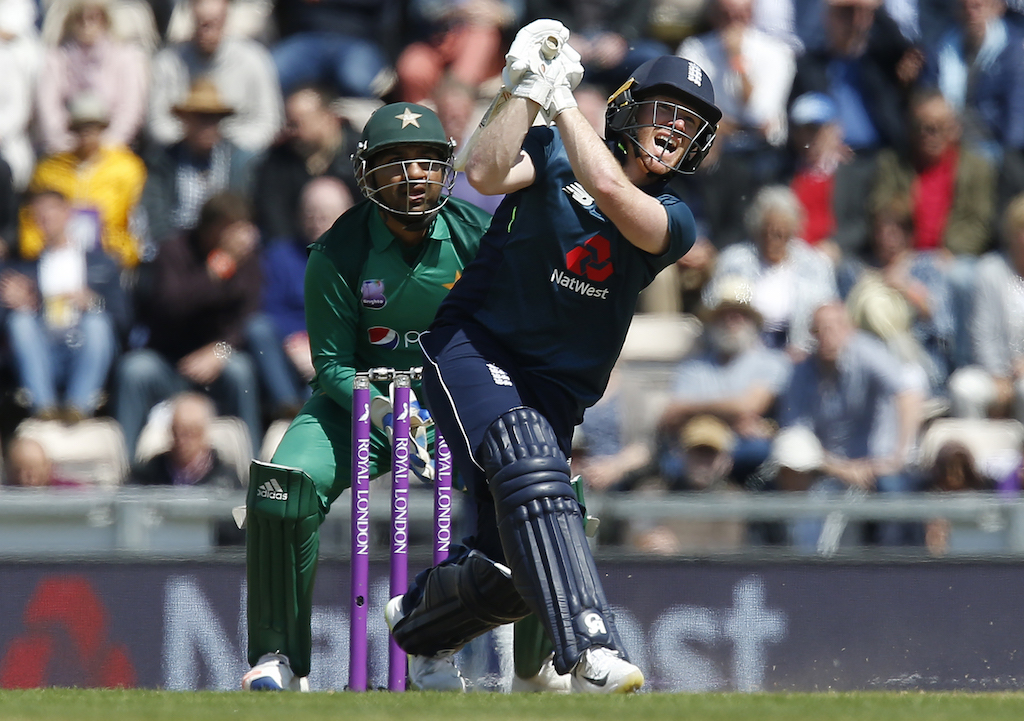 England's Eoin Morgan hits a boundary during the second One Day International (ODI) cricket match between England and Pakistan.

BRISTOL - England will have to find a new captain for the fourth one-day international against Pakistan on Friday after skipper Eoin Morgan was banned from the match by the International Cricket Council for a slow over-rate offence.

Morgan was sanctioned after World Cup hosts and favourites England took around four hours to bowl their 50 overs in a six-wicket win over Pakistan in the third ODI at Bristol on Tuesday.

He was also fined 40 percent of his match fee and his players 20 percent of theirs after match referee Richie Richardson ruled England were two overs short after time allowances were taken into consideration.

"The suspension means Morgan will miss the fourth ODI against Pakistan in Nottingham on Friday," said an ICC statement issued on Wednesday.

England have been rotating their side during the Pakistan series as they look at options before naming a final 15-man squad for a home World Cup starting later this month.

England are 2-0 up against Pakistan, with games in Nottingham and Leeds to come, after rain forced the abandonment of last week's opener at The Oval.