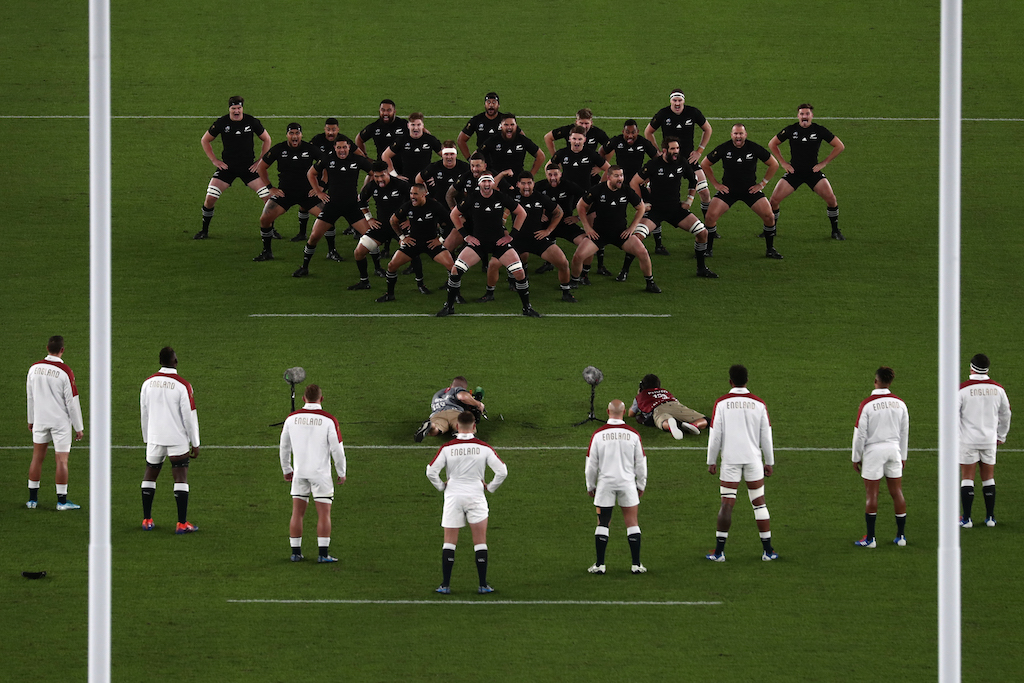 TOKYO - England have been fined for crossing the halfway line during New Zealand's haka after they formed a provocative V-shaped formation at last weekend's World Cup semi-final in Yokohama, tournament organisers said Wednesday.

Protocol states opponents must remain in their own half while the All Blacks perform their traditional war dance, but several England players strayed across halfway despite the efforts of officials to usher them back.

Despite the fine, New Zealand's beaten coach Steve Hansen praised the way England's players faced down the haka, calling it "fantastic" and insisting "the haka requires a response".

England won the blockbuster semi-final 19-7 to dethrone the two-time defending champions and will take on South Africa in Saturday's final.

As New Zealand lined up to begin the haka, England's players opted not to face the challenge shoulder-to-shoulder, as is customary, and instead lined up in an inverted V -- with the two prongs arrowing towards their rivals, as if to envelop them.

At the tips of the formation, six players -- Joe Marler, Billy Vunipola, Mark Wilson, Elliot Daly, Luke Cowan-Dickie and Ben Youngs -- appeared to be in New Zealand's half as referee Nigel Owens tried in vain to order them back.

After the blockbuster clash, New Zealand scrum-half Aaron Smith claimed that England captain Owen Farrell, who stood at the apex of the V, had winked at him.

Videos of Farrell and centre Manu Tuilagi smirking at the haka, while prop Kyle Sinckler rolls his eyes, have gone viral.

England's Mako Vunipola revealed that head coach Eddie Jones, one of rugby's great wind-up merchants, had come up with the idea as a ploy to "rile up" the All Blacks.

Farrell added: "We wanted not to just stand there and let them come at us."

But World Rugby said England had breached tournament rules "relating to cultural challenges, which states that no players from the team receiving the challenge may advance beyond the halfway line".