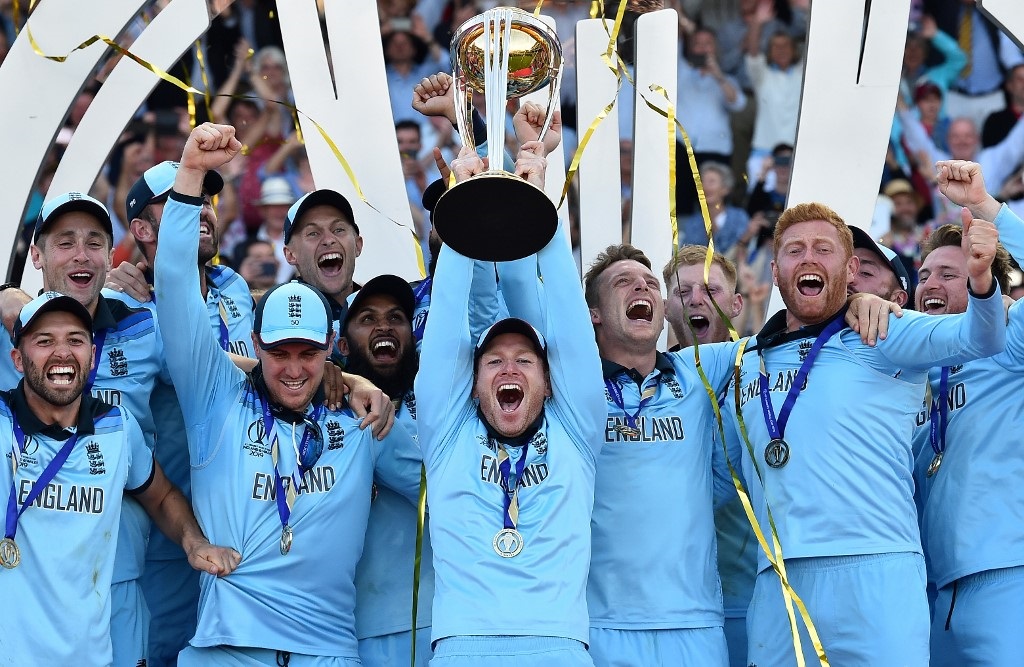 SYDNEY - England were mistakenly awarded an extra run during their nailbiting World Cup win over New Zealand at Lord's, a member of the sport's chief rules committee told media on Monday.

A freak fielding deflection off Ben Stokes' bat that raced to the boundary saw the team awarded six runs with three balls to go in the final over on Sunday.

Scores were tied at the end of regular play and the resulting Super Over shootout, with England then handed their first-ever World Cup victory for their superior boundary count.

But former umpire Simon Taufel told Fox Sports Australia that umpires had made a "clear mistake", as the batsmen had not crossed for their second run.

"They should have been awarded five runs, not six," he said, adding that England's Adil Rashid should have faced the second-last ball instead of Stokes as a result.

The Australian defended the match umpires, who he said had to make a complicated judgement, and said it would be "unfair" to say the decision altered the outcome of the tournament.

"Unfortunately that sort of thing happens from time to time. It's a part of the game that we play," Taufel said.

"I don't wish to nitpick, just hope it never happens in such moments ever again."

England, who have often cited a humiliating defeat by New Zealand at the 2015 World Cup as the catalyst for their climb to the top of the one-day international rankings, finally have a World Cup win to go with their three losing appearances in the 1979, 1987 and 1992 finals.

By contrast, defeat is devastating for New Zealand, who were also looking to win the trophy for the first time after being well beaten by Australia in the 2015 showpiece.