England must block out 'noise' ahead of World Cup final, says Bayliss 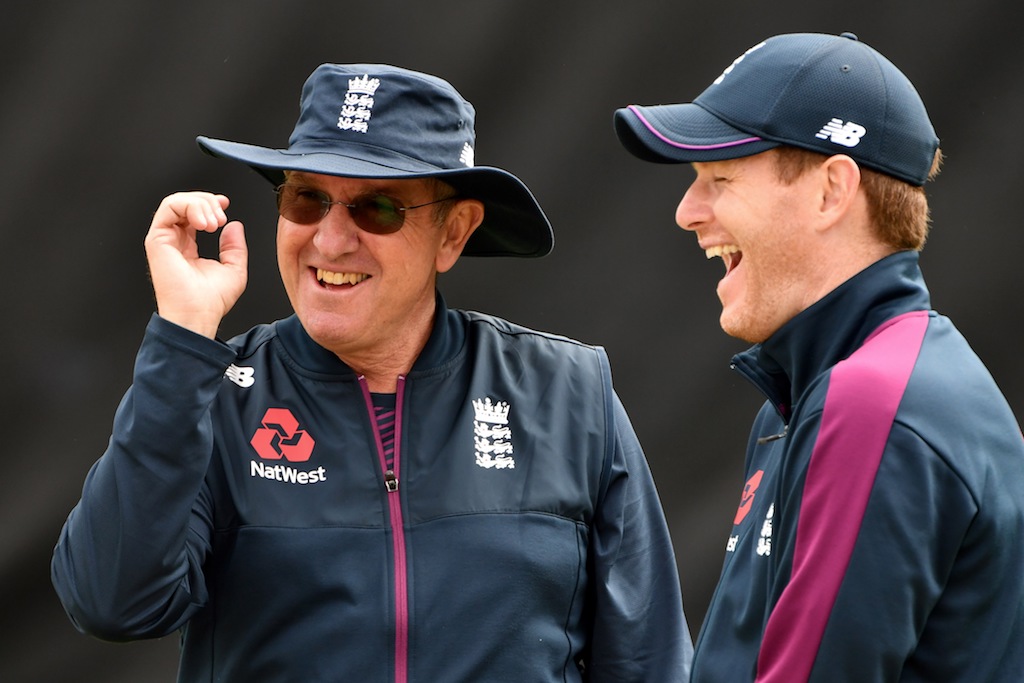 LONDON - England head coach Trevor Bayliss knows his side must shut out the noise of an expectant nation as they prepare for a first World Cup final in 27 years.

The host nation produced an inspired display to complete an eight-wicket victory over Australia at Edgbaston on Thursday and will meet New Zealand at Lord's on Sunday.

"We had a chat in the changing room (at Edgbaston) afterwards and realised we have not won anything yet," Bayliss told BBC radio.

"There is going to be a lot of noise around 'you guys are now the favourites', and all this type of thing -- we can't listen to any of that.

"We have just got to concentrate on the way we have gone about our cricket over the past four years and what has got us to this point and go through our process."

After Australia were all out for 223 in 49 overs, England opener Jason Roy struck a superb 85 from 65 balls as he put on yet another big stand with Jonny Bairstow to break the back of the run chase.

Roy was fined for showing dissent at the umpire's decision after he was wrongly given out caught behind.

Bayliss, though, feels the 28-year-old can soon put the incident behind him.

"I think it shows the passion Jason has got for the game, and it is such a big game as well, when he was on the verge of scoring a hundred," the England head coach said.

"He will learn from that and go on to bigger and better things, I am sure."