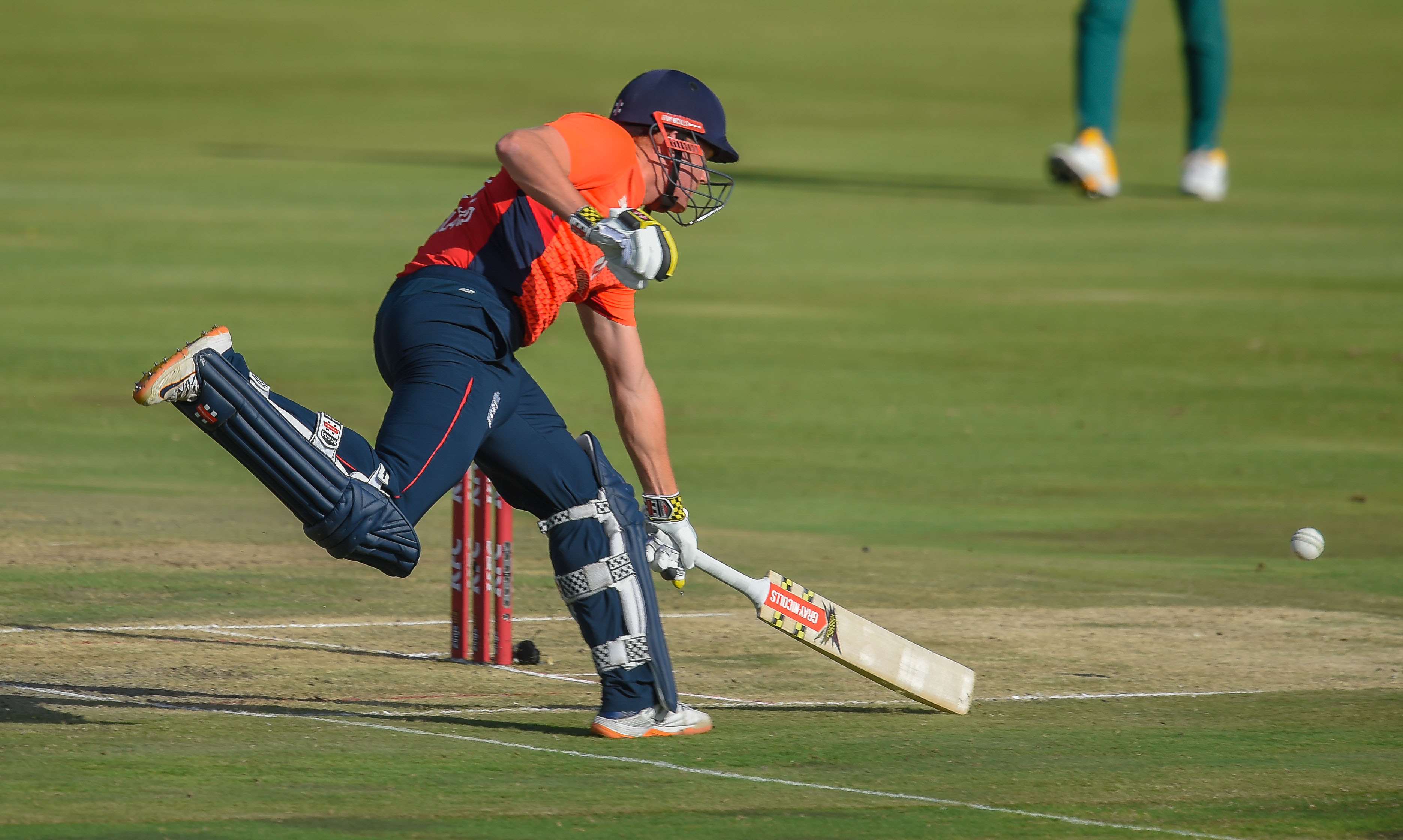 England's Jonny Bairstow takes a run during the third and final Twenty20 international cricket match between South Africa and England at the SuperSport Park in Centurion on February 16, 2020.

PRETORIA - Captain Eoin Morgan scored a brilliant unbeaten 57 from 22 balls as England chased down a massive victory target of 223 to win the final Twenty20 International against South Africa on Sunday and secure a 2-1 series triumph.

South Africa won the toss and posted 222 for six in their 20 overs, but man of the match Morgan crashed seven sixes in a 21-ball half-century to equal his own England record for the fastest fifty in Twenty20 cricket.

The visitors reached 226 for five with five deliveries to spare, the ball sailing through the Highveld air as 28 sixes were hit in the match, 15 by England.

South Africa won the first match by one run and England claimed the second by two runs in a tight series ahead of the World Cup in Australia in October.

South Africa's innings was boosted by a powerful 66 from 33 balls by Heinrich Klaasen, before he picked out Ben Stokes at mid-off from the bowling of the impressive Tom Curran (2-33).

Opener Temba Bavuma, with 49 from 24 balls, gave the home side a fast start at the top of the order, while David Miller (35 from 20) provided a strong finish.

On a day for the batsmen, Stokes' figures of 2-35, including the big wicket of home captain Quinton de Kock, who hit 35 off 24 balls, were also impressive.

England lost Jason Roy in the second over of their reply, but Jos Buttler (57 from 29) and Jonny Bairstow (64 from 34) put on 91 in 49 balls as the tourists kept up with the required rate.

Once they fell, Morgan took up the mantle, dealing only in sixes in a brilliant display of skill and power hitting.

He was supported by Stokes (22 from 12) as they put on the partnership that got England over the line, managing 61 from 27 balls before the all-rounder was out with victory in sight.

The match brings down the curtain on England's successful tour of South Africa, which included a 3-1 test series victory and three one-day internationals that ended at 1-1.