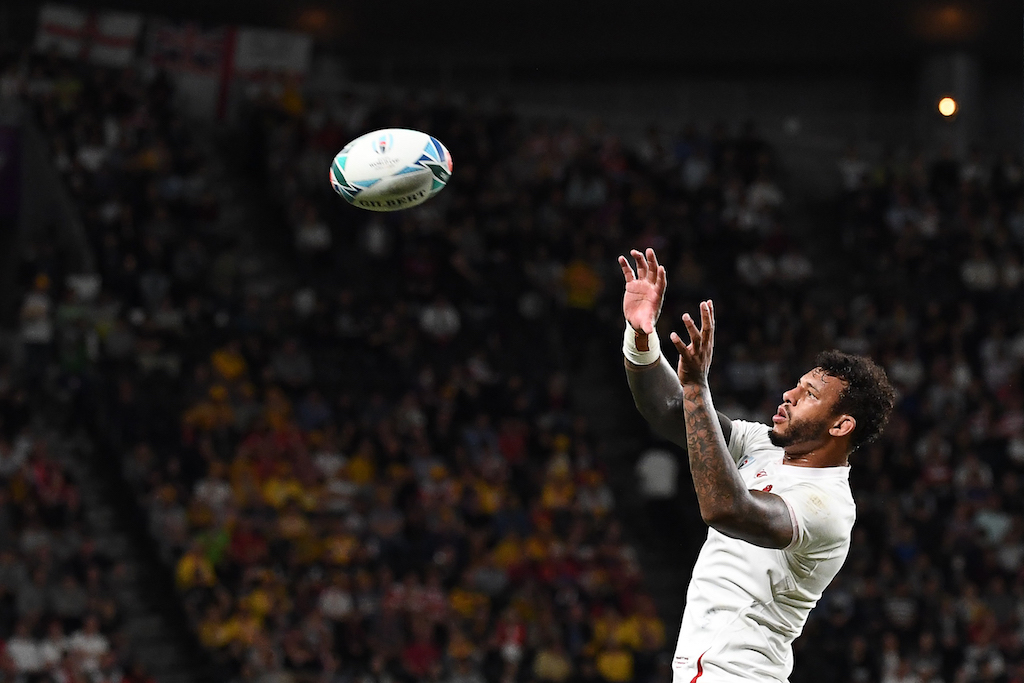 England's lock Courtney Lawes catches the ball in a line out during the Japan 2019 Rugby World Cup Pool C match between England and Tonga at the Sapporo Dome in Sapporo on September 22, 2019.

It’s a case of so far, so good for the England squad in their quest to be crowned Rugby World Cup champions.

They’ve had a relatively easy time of it so far in Pool C with comfortable wins over Tonga and the USA to get going but face their first real test of the competition when they run out against Argentina in Tokyo.

It’s a game that they should win but the idea here is that they need to look the part if they are to bolster their credentials ahead of the knockout stages of the tournament.

These two sides last met at the Rugby World Cup in a low-scoring encounter in Dunedin in 2011. England winning 13-9. As far as their overall record is concerned, England have been the dominant side, winning 18 of their 23 meetings to date. Argentina have won four times and the two sides drew in their first ever official meeting back in 1981.

England are 1/7 to get the job done and all but seal their position at the head of affairs in Pool C. Argentina are 6/1 to spring a surprise. You can get 3/10 on England and 28/10 on Argentina as far as the Half Time Result is concerned.

The Half Time/Full-Time double sees 4/10 on England, 9/2 on Argentina to lead at the break and England to win and 7/1 on the South Americans to be ahead after 40 minutes and at the final whistle.

The make up of Pool C means that there isn’t too much for either England or France to be nervous about and their clash next week will be one of the highlights of the group. In the meantime, England should be too strong for the South American opposition in their next outing.