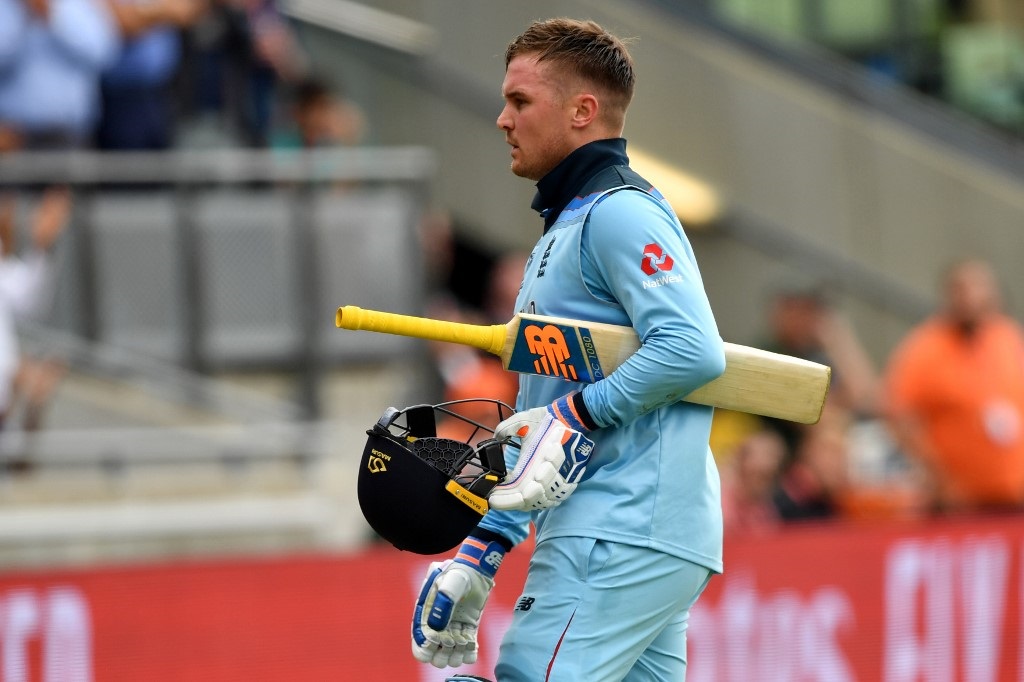 England's Jason Roy walks off for 85 during the 2019 Cricket World Cup second semi-final between England and Australia at Edgbaston in Birmingham, central England, on July 11, 2019.

BIRMINGHAM - England star Jason Roy has been cleared to play in Sunday's World Cup final against New Zealand despite showing dissent at an umpire's decision while helping the hosts book their place in the showpiece match.

The Surrey opener had made 85 to set England well on their way to an eventual eight-wicket against Australia in Thursday's semi-final at Edgbaston when he was given out caught behind down the legside off fast bowler Pat Cummins by Sri Lankan umpire Kumar Dharmasena.

Roy requested a review but England had already squandered their lone review of the innings with an unsuccessful attempt to overturn fellow opener Jonny Bairstow's lbw dismissal for 34.

Nevertheless, Dharmasena confusingly and incorrectly signalled for a review, with Australia pointing out the official's mistake.

Roy, his arms spread wide, clearly believed Dharmasena should have signalled a wide delivery instead and the furious batsman had to be ushered away from the crease by square leg umpire Marais Erasmus.

Eventually, a clearly unhappy Roy, whose tirade prompted television broadcasters to apologise for his foul language, made his way back to the pavilion, with England 147 for two in the 20th over.

Roy, who admitted the offence, was fined 30 percent of his match fee for breaching that section of the International Cricket Council's code of conduct that prohibits showing dissent at an umpire's decision.

The 28-year-old also received two demerit points from match referee Ranjan Madugalle, taking his tally for the tournament to three following a one-point penalty he received for an audible obscenity after dropping a catch in a group-stage match against Pakistan.

But match bans only kick in when a player collects four demerit points in total leaving Roy, a key figure in Eoin Morgan's side, available to feature as England bid to win the World Cup for the first time.