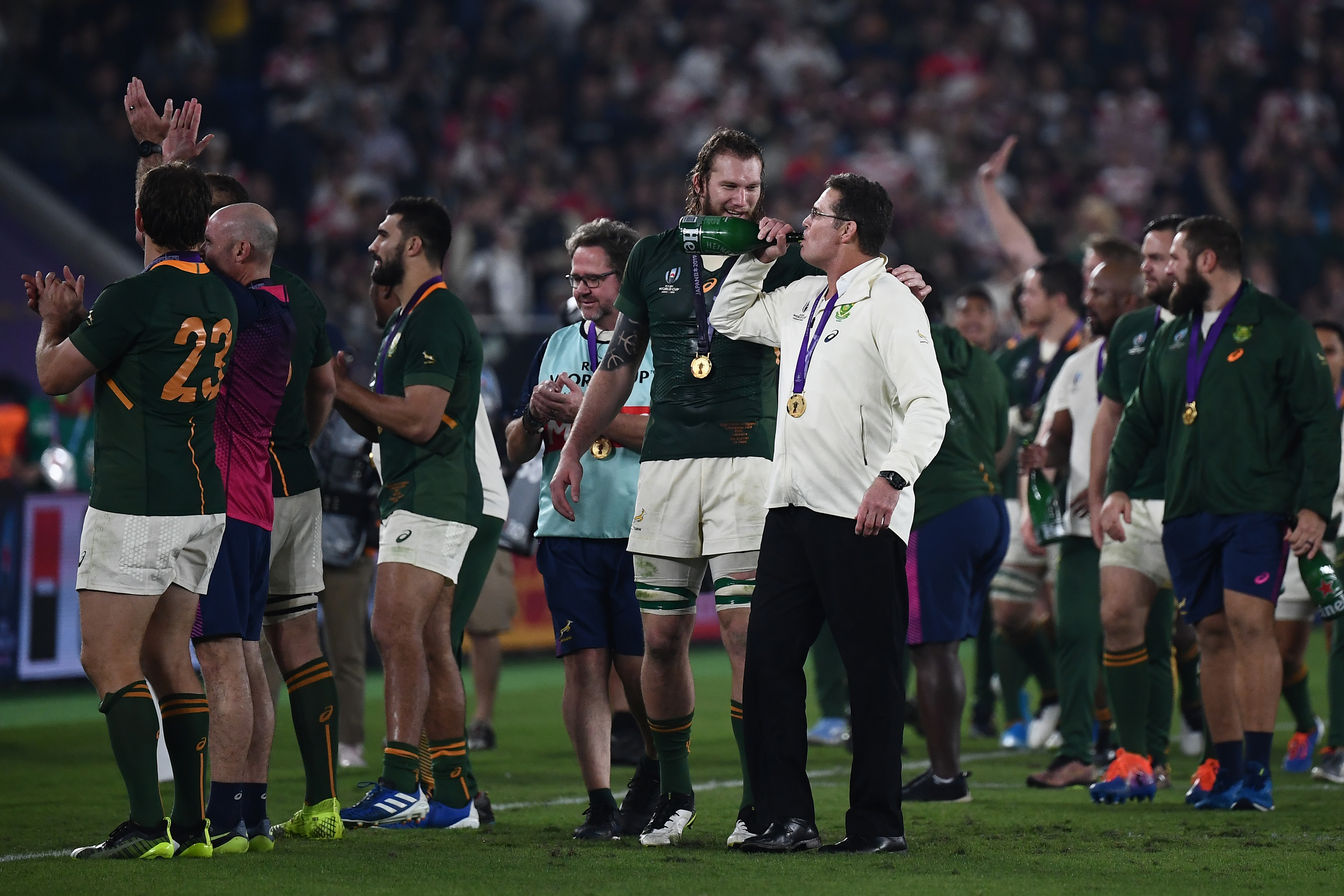 TOKYO, Japan - Rassie Erasmus has led South Africa from the depths of despair to a Rugby World Cup triumph in just two years, with a simple coaching ethos built around handing the Springboks back their role as one of the sport's powerhouses.

The former Springbok loose forward made his international debut against the British and Irish Lions in 1997 and went on to win 36 caps, part of the squad that won the Tri-Nations in 1998 and reached the 1999 World Cup semi-finals.

Erasmus took over as director of rugby at the end of 2017 and shortly afterwards doubled his responsibilities by becoming head coach following the sacking of Allister Coetzee after a miserable run of 12 losses from 25 games over two seasons.

"If one understands where we've been coming from - being number six, seven or eight in the world - we've got certain challenges, and one of them was always to redeem ourselves and become a power again in world rugby, and try to get to number one and two," said the 47-year-old Erasmus.

In a country where rugby union was for many years a bastion of the Afrikaaner, Erasmus made the bold decision to name Siya Kolisi as captain, the first black player to skipper the Boks.

Another brave move was to hand 13 players their Test debuts in his first match in charge - a 22-20 defeat in Washington DC by Wales, whom the Boks beat in the semi-finals in Japan.

Under Erasmus, the Boks finished second in the 2018 Rugby Championship, notably claiming South Africa's first win in New Zealand since 2009 with a thrilling 35-34 victory in Wellington.

They went one better by winning this year's abbreviated tournament, their first since 2009, after victories over Australia and Argentina, and a draw with the All Blacks.

Erasmus is a strong believer in building a gameplan around kicking half-backs and a solid set-piece: an immovable scrum and an efficient line-out which can set up a potent, well-drilled driving maul.

He regularly opts for a six/two forwards/backs split on the bench, favouring what he dubs his "bomb squad" of behemoths to come on in the second-half and suffocate teams.

It might not be pretty, but it is vastly effective - as seen when South Africa outmuscled England 32-12 in Saturday's final, after similar knockout victories over Japan and Wales.

"Winning is ultimately always the thing you try and do at a World Cup," he said, when asked about criticism of his team's tactics.

"But the thing we would like to build from here is the consistency and performance, and being one of the teams that are chasing one, two and three in the world rankings.

"We hope we can use this World Cup as a springboard to try and get that consistency."

England coach Eddie Jones paid tribute to the South African, who he called "a cunning coach who has done a great job with the Springboks".

Skipper Kolisi said it had helped that Erasmus was a well-known figure in South African rugby, having won a Currie Cup with the Cheetahs before working in previous various coaching roles for the Boks, Western Province and the Stormers, as well as Munster in Ireland.

READ: Rassie Erasmus to step down as Springbok coach after final

"He has coached a lot of the guys from different (provincial) unions, so he knows us and has had to pull us together," Kolisi said.

"We had to buy into his plan, and he has made it clear that the Springboks is the most important thing. He just brought us back down to earth, and told us, 'You have to play well first, and everything else will come'.

"It's awesome to see it come together."