Eto'o hangs up his boots for 'new challenge' 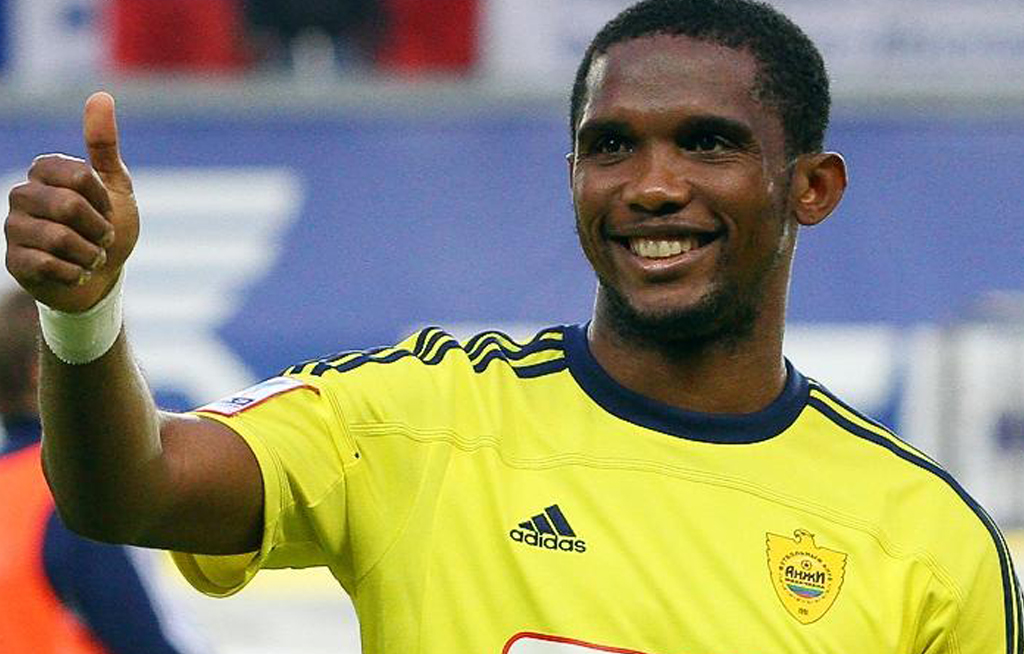 File: At his peak Samuel Eto'o enjoyed electric pace, impeccable touch and instinctive shooting to make him one of the most feared centre forwards in the world.

PARIS - Cameroon's four-time African Player of the Year Samuel Eto'o announced his retirement on Saturday at the age of 38, declaring "I need a rest".

"The end, towards a new challenge," the former Barcelona, Inter Milan and Chelsea striker posted on Instagram.

"Thank you all, big love, adrenalin."

"In a few months you'll see me doing something new," Eto'o, who has campaigned relentlessly against racism during his playing days, later said on the margins of an economic forum in DR Congo.

"I need a rest, I've been running for 19-years," he added light-heartedly in Kinshasa.

He stands alongside Liberia's current president George Weah and Ivory Coast's Didier Drogba as a great of African sport, and cuts a mythical figure in his homeland where he is close to national president Paul Biya.

He is slated for a major role in the Confederation of African Football where he has vowed to fight corruption to ensure funds go into infrastructure.

CAF president Ahmed Ahmed said Eto'o would take up a key role in the African game.

"Samual Eto'o will take charge of relations between the federations and CAF," the Madagascan said last month.

The most memorable period of his club career includes five hugely successful seasons with Barcelona from 2004 to 2009.

Despite an unfortunate knack for ruffling feathers, a return of 108 league goals from just 145 matches in five stunning seasons with Barcelona pays testament to his talent.

At his peak he enjoyed electric pace, impeccable touch and instinctive shooting to make him one of the most feared centre forwards in the world.

He won a pair of Champions League titles and three La Liga crowns before departing under a cloud for Inter Milan after rowing with Ronaldinho leading to Pep Guardiola showing him the dressing room door.

He then spearheaded Jose Mourinho's charge to a never to be forgotten treble with Inter of Champions League, Serie A and Coppa Italia titles in his first season in Italy.

He was part of a golden generation that featured Rigobert Song, the late Marc-Vivien Foe and Geremi as Cameroon also won the gold medal at the Sydney Olympics in 2000, with the emerging Eto'o both scoring and converting a penalty in the shoot-out win over Spain in front of a blockbuster 114,000 crowd.

His pace left him as his career slowed down with low stints at Russia's Anzhi Makhachkala, Chelsea and Everton in the Premier League.

Last year, after a short spell with Turkish side Konyaspor, he joined Qatar league side, Qatar Sports Club, his last club.