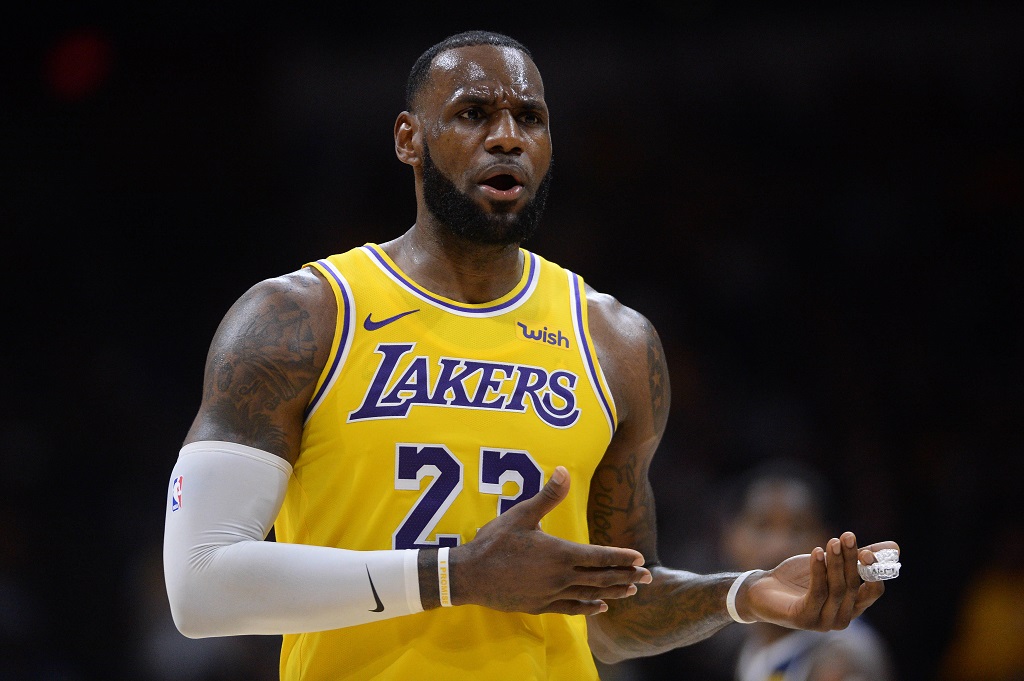 File: Los Angeles Lakers forward LeBron James (23) reacts after being called for a foul during the second quarter against the Denver Nuggets at Valley View Casino Center.

JOHANNESBURG - The National Basketball Association (NBA) and e.tv have announced a multi-year partnership that makes e.tv the official free-to-air broadcast partner of the NBA in South Africa.

As part of the agreement, e.tv will broadcast more than 65 games throughout the 2019-20 NBA season across the channel and its Openview platform, South Africa's first free-to-air satellite television service.

“We have always strived to make the game of basketball more accessible to our fans through participation in our sport and exposure, and we are thrilled to partner with e.tv in South Africa,” said NBA Africa Managing Director and Basketball Africa League President, Amadou Gallo Fall.

“As we continue our efforts to expand our footprint and build on the success of three sold-out NBA Africa Games, we have seen growing interest and look forward to reaching more fans in South Africa through live games and additional programming.”

Throughout the season, fans will be able to watch two games per week, including one live game as part of the league's 'NBA Saturdays' initiative and one delayed game per week.

“South Africa has an insatiable sporting appetite, and our partnership with the NBA will most certainly appeal to that,” said e.tv Managing Director, Marlon Davids.

“Over the past few years, we have been implementing strategic growth plans that will ensure that our sports content offering across our platforms is worthwhile for our viewers.

"We are ecstatic about this announcement and we greatly look forward to a fruitful run with the NBA.”