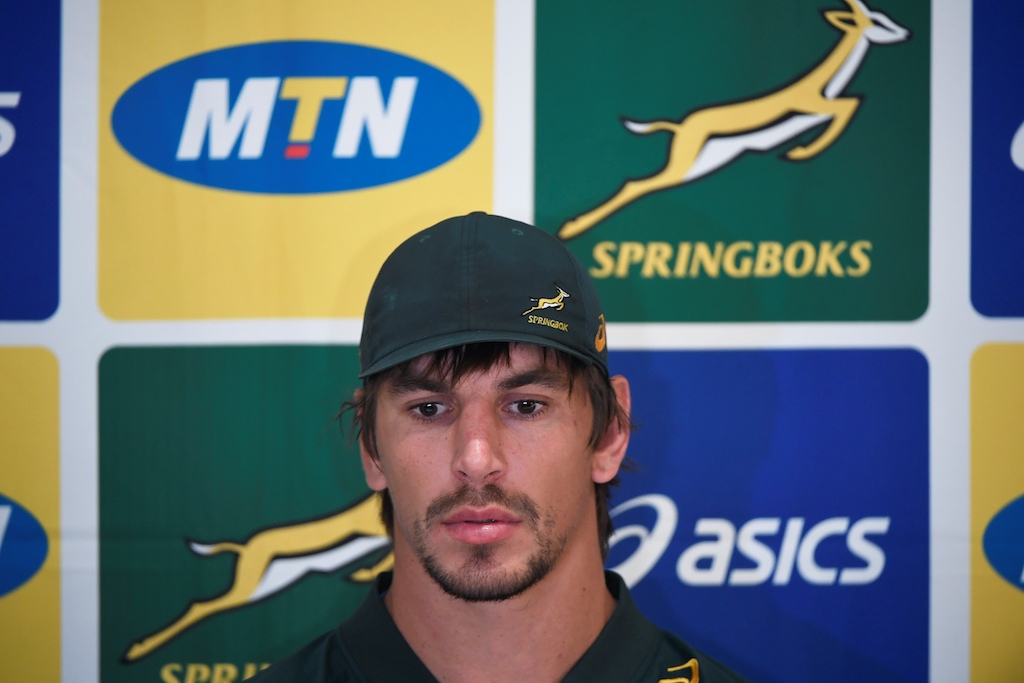 File: Eben Etzebeth wants the decision to move the case to the equality court on review.

JOHANNESBURG - Lock Eben Etzebeth has been named captain of South Africa for their Rugby Championship opener against Australia at Ellis Park on Saturday, leading a much-changed squad that includes three uncapped players.

Coach Rassie Erasmus will send an advanced party of 15 players to New Zealand this week, well ahead of their second match in Wellington on July 27, and that has left the Springboks under-strength for the visit of the Wallabies.

Etzebeth, who leads the side for the 12th time, will be partnered in the second row by fit-again Lood de Jager, who missed most of the Super Rugby season for the Bulls with a shoulder problem.

Uncapped Bulls lock Lizo Gqoboka, who had an excellent Super Rugby campaign, is on the bench.

"We want to win the Rugby Championship and we have a specific plan, which starts Saturday with the first test against the Wallabies," Erasmus said in a media release from SA Rugby.

"We have planned to mix things up in the first two tests of the season, in order to give game time to as many of the players in our wider squad, and we believe this is the right combination to face a very good and competitive Australian side.

"I want to congratulate Rynhardt, Herschel and Lizo on their first inclusion in a Springbok match-day squad, while the leadership role is not something new for Eben."

The backline has an inexperienced look as fullback Warrick Gelant, and wings Sbu Nkosi and Makazole Mapimpi, have only 15 caps between them.

But the forward pack is quite the opposite, with 107-cap prop Tendai Mtawarira leading the front-row, and Bath number eight Francois Louw and loose-forwards Pieter-Steph du Toit at the back of the scrum.