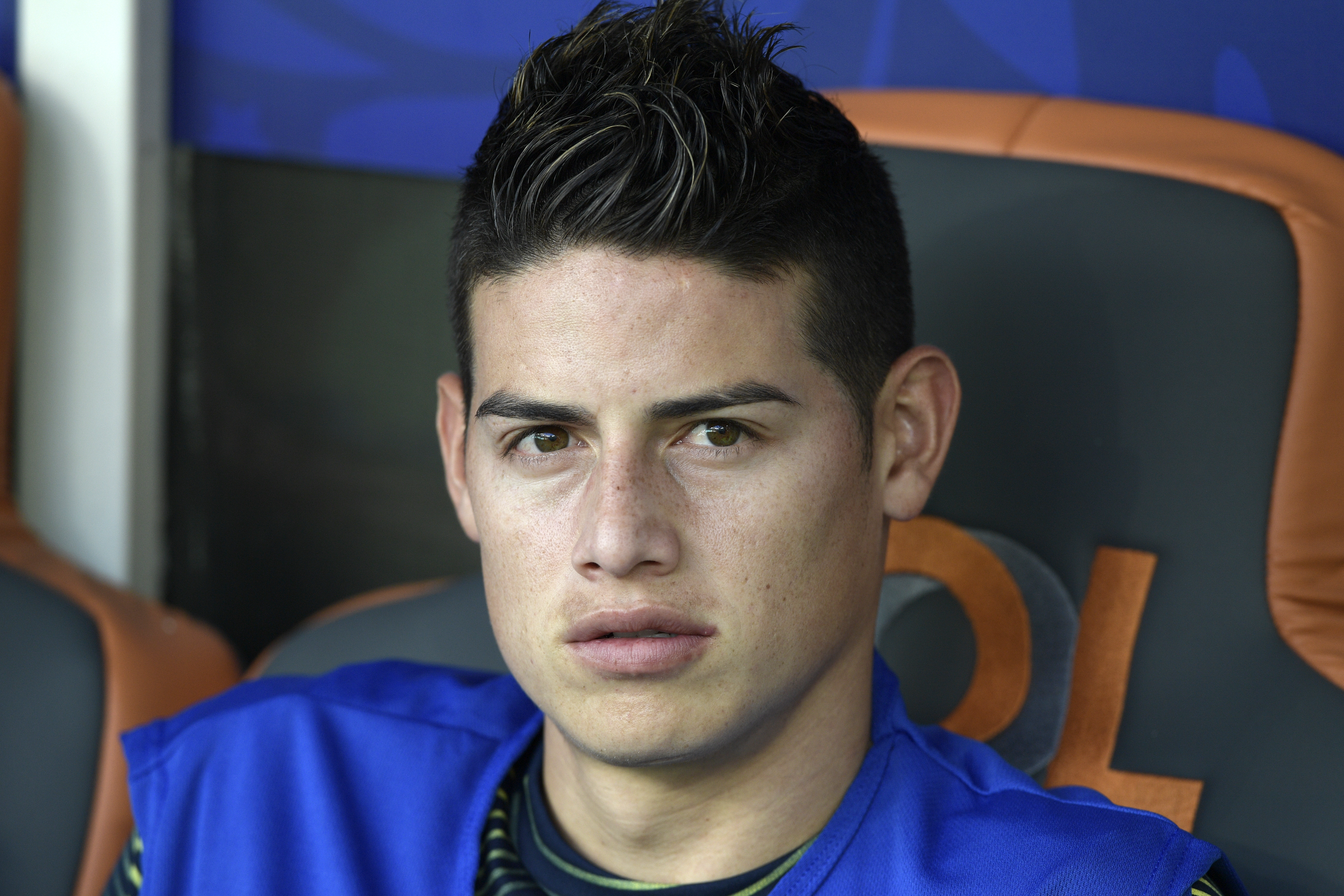 File: Colombian player James Rodriguez waits for the start of the Copa America football tournament group match against Paraguay at the Fonte Nova Arena in Salvador, Brazil, on June 23, 2019.

LONDON - Everton completed the signing of James Rodriguez from Real Madrid on Monday, reuniting the Colombian playmaker with manager Carlo Ancelotti for a third time.

James's performances on the world stage earned him an 80 million euro ($95 million) move to Madrid six years ago and he shone in his first season in the Spanish capital under Ancelotti's management.

However, he fell down the pecking order in Zinedine Zidane's two spells in charge at the Bernabeu and failed to impress in a two-year loan spell at Bayern Munich between 2017 and 2019, where he also worked under Ancelotti.

READ: Foden, Greenwood out of England squad after virus breach

James becomes Everton's second signing of the transfer window after the arrival of Brazilian international Allan from Napoli and believes the future is bright for the Toffees despite a disappointing 12th place finish in the Premier League last season.

“I’m convinced, with Carlo and his technical staff, we can achieve big things and one of the big reasons (I signed) was the presence of Carlo Ancelotti.

“I have enjoyed some great times with him previously at two different clubs. That was a massive reason to come here.”

Everton have not won a major trophy since 1995, but James said that is his target after signing a two-year deal with the option of a club option for a third.

“I’m a winner, I’m a real winner,” he added. “I can see the plans here, the project here is very serious. Everyone means business.

“I think the seriousness and determination to win trophies can lead to silverware."

Ancelotti was desperate for midfield reinforcements after a poor end to the season after the Premier League resumed in June.

A fee has reportedly also been agreed with Watford for French midfielder Abdoulaye Doucoure.

"James, as everyone knows, is a fantastic player with a lot of quality and a lot of ability to make assists for the strikers," said Ancelotti.

"He’s really excited about the project of the club and the fact we want to improve. He was really excited to sign and I didn’t spend time to convince him - he was already convinced.

“Players like James and Allan can help us to be better and we can help them to be better. This kind of connection can be helpful to improve the results, the team and results of this club.”

Everton begin their Premier League campaign away to Tottenham on Sunday.