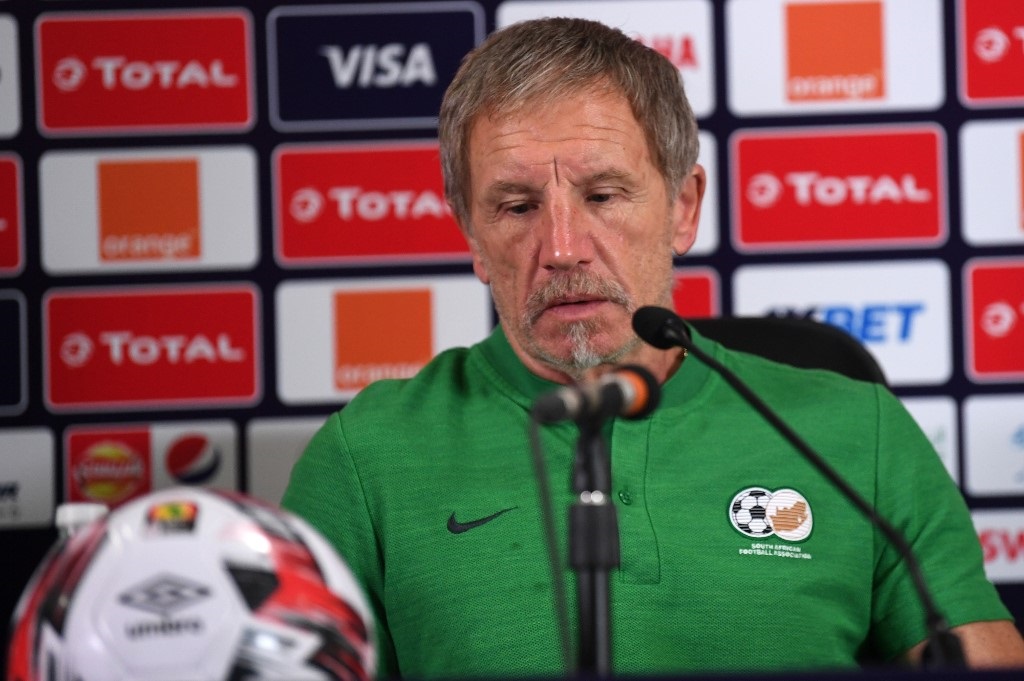 South Africa's coach Stuart Baxter attends a press conference at the Cairo International stadium in the capital, on July 5, 2019.

Speculation is rife that the beleaguered 65-year-old will announce his resignation from the national team coaching post.

Baxter has been out of the country since Bafana’s return from an Africa Cup of Nations tournament, where the squad performed beyond expectations by reaching the quarter-finals.

Baxter criticised the media and South African fans for being negative towards him and the squad.

Yet while they did reach the quarter-finals, Bafana were far from impressive at the Afcon.

South Africa won a single match by just one goal in the group phase and only went through to the knockout stages as the fourth-best third-placed team.