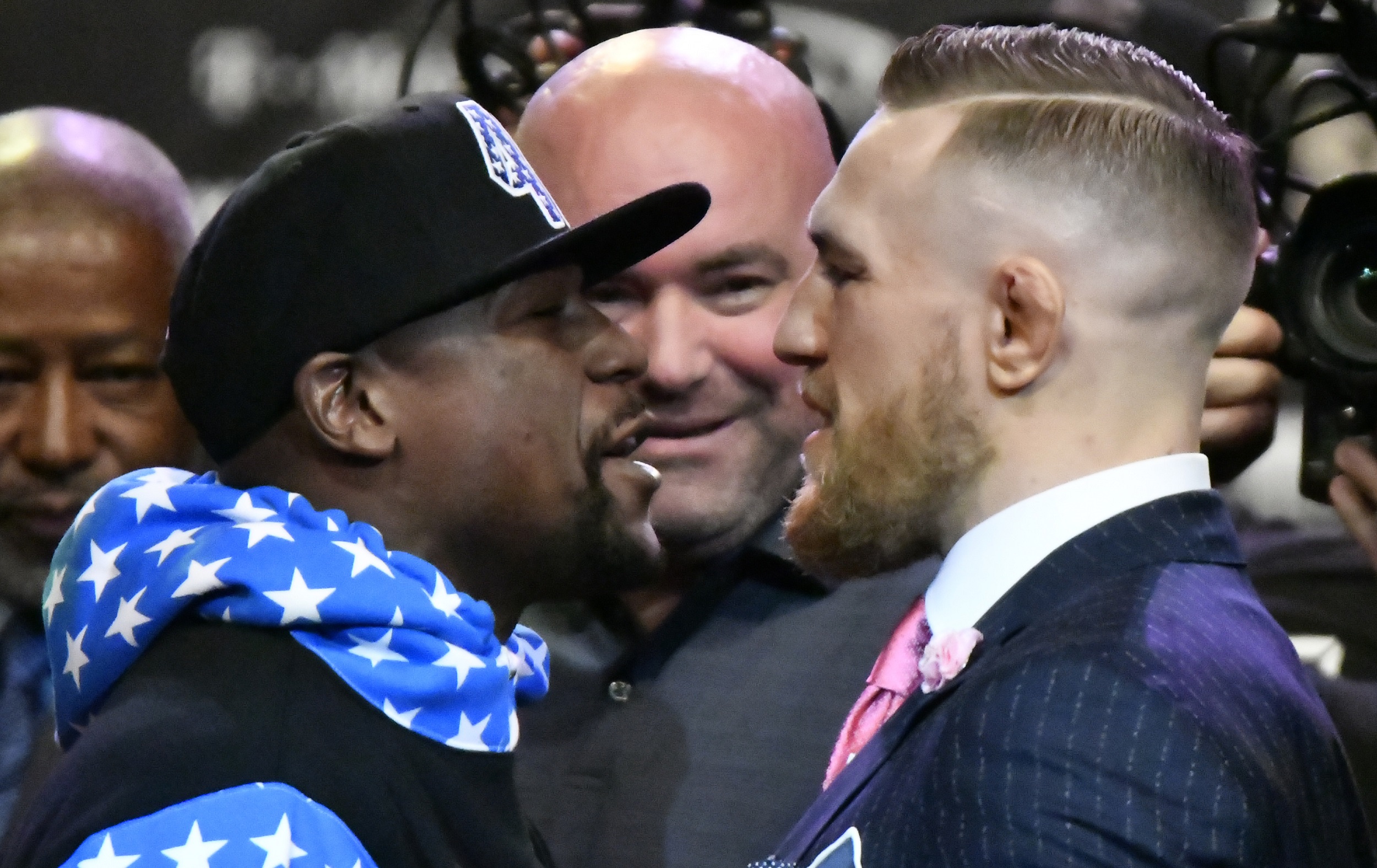 Floyd Mayweather Jr. (L) faces off for the first time with UFC fighter Conor McGregor during a press call.

LOS ANGELES - Floyd Mayweather and Conor McGregor lit the touchpaper for their cross-combat superfight, turning the air blue in an expletive-laden face-to-face meeting to launch their global promotional tour for the bout.

More than 11,000 fans crowded into Los Angeles's Staples Center for a raucous first live showdown between former boxing world champion Mayweather and Irishman McGregor, one of the biggest stars of mixed martial arts.

The two men are set to face each other in Las Vegas on 26 August in what could be the richest fight in history after finally agreeing to climb into a boxing ring following a year-long guessing game over whether they would ever do battle.

The suited McGregor was the first to take the microphone, mocking Mayweather's decision to show up wearing a Stars and Stripes tracksuit, suggesting it was linked to the American's reported tax difficulties.

"He's in a tracksuit, he can't even afford a suit anymore!" McGregor declared to roars of laughter from the massed ranks of his green-shirted fans crammed into the lower tiers of the famous basketball arena.

"I'm going to knock him out inside four rounds, mark my words," McGregor said, to more roars. "On August 26, this man will be unconscious, he's too small, he's too frail."

"I will come out and paint many pictures. I can fight in my styles. I can dazzle him."

A stony-faced Mayweather meanwhile bided his time before taking the microphone and uncorking his own cascade of expletives.

"I'm going to knock this ***** out," Mayweather said, to boos from the crowd. McGregor shot back: "You haven't knocked anyone out for 20 years!"

Mayweather meanwhile responded to the jibes about his finances -- he recently filed for an extension to pay his 2015 tax bill -- by producing an uncashed check for $100-million from an assistant's rucksack.

McGregor was again ready with a riposte: "Give it to the taxman!"

Mayweather (40) was unruffled, vowing to administer a comprehensive victory over the 28-year-old Irishman despite giving away 12 years to his younger opponent.

"But I've got enough to beat you. He can choose which way he wants to go. Either on his back or on his face."