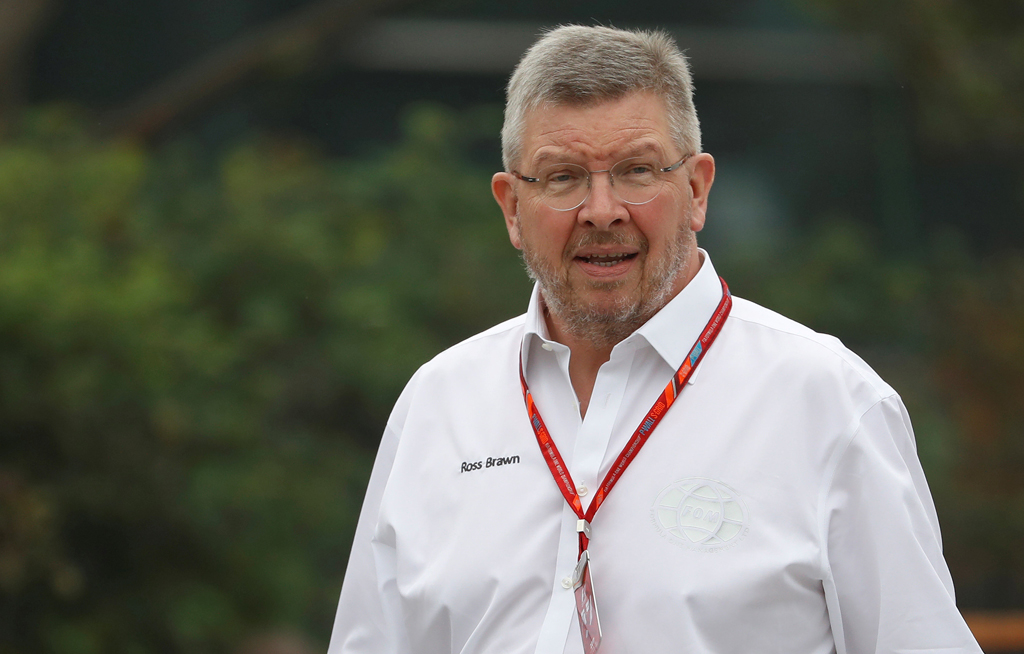 Formula One Managing Director of Motorsports Ross Brawn walks at the Shanghai International Circuit ahead of the Chinese F1 Grand Prix.

MONTREAL - Formula One will not be 'dumbed down' to create artificial excitement or lose its identity, the sport's new Director of Motorsports Ross Brawn said on Friday.

But, he added, it will seek to find ways of making the racing more competitive overall so that it is not dominated by two well-funded teams that are ahead of the rest.

Brawn, the multi-title winning technical director who was behind the successes of Benetton, Ferrari and his own Brawn team, told reporters during a news briefing at the Canadian Grand Prix that the sport's new owners, Liberty Media, were analysing all possibilities for the future.

He revealed that he has initiated the creation of a 'working group' that will be responsible for delivering more overtaking in future, but without diminishing the current cars' spectacular aerodynamic performances and high speeds.

"We have been very fortunate that we have had two teams battling out strongly at the front and I wouldn't like to claim any credit for that, it has just been good timing," he said.

"But there is a real recognition that there needs to be work done to consolidate that for the future. There is a slightly worrying gap between the front and the middle of the field that we need to pay attention to.

"We are still starting to understand the behaviour of these cars to see with regards to how well they can race each other.

"We have just initiated an aerodynamic programme to have a look at the design of these cars to see what we can do in the future to make them more race-able – and that is something we are doing with the FIA, starting our own research programme.

"I don't want to call it an overtaking working group because that is not what we are looking to do.

"We are looking to create a group that design cars presently and in the future to make sure they are race-able because the feedback from the drivers is that it is difficult."

He made it clear that although the financial model inherited from Bernie Ecclestone – that rewards teams for longevity in a complex traditional prize-money structure – was under scrutiny, this did not mean that the goal was simply cost-cutting.

"We don't want to dumb Formula One down," said Brawn. “It still has to be aspirational for the teams.

"We don’t want all the teams to be the same. There should still be aspirational teams, but there should also still be the Ferraris and the Mercedes and the Red Bulls – those that teams want to beat.

"But we don't want domination. We need an environment where a team that has done a really good job can do well. We don't want a situation where financial power enables a team to get a dominant position, as has happened in the last few years."