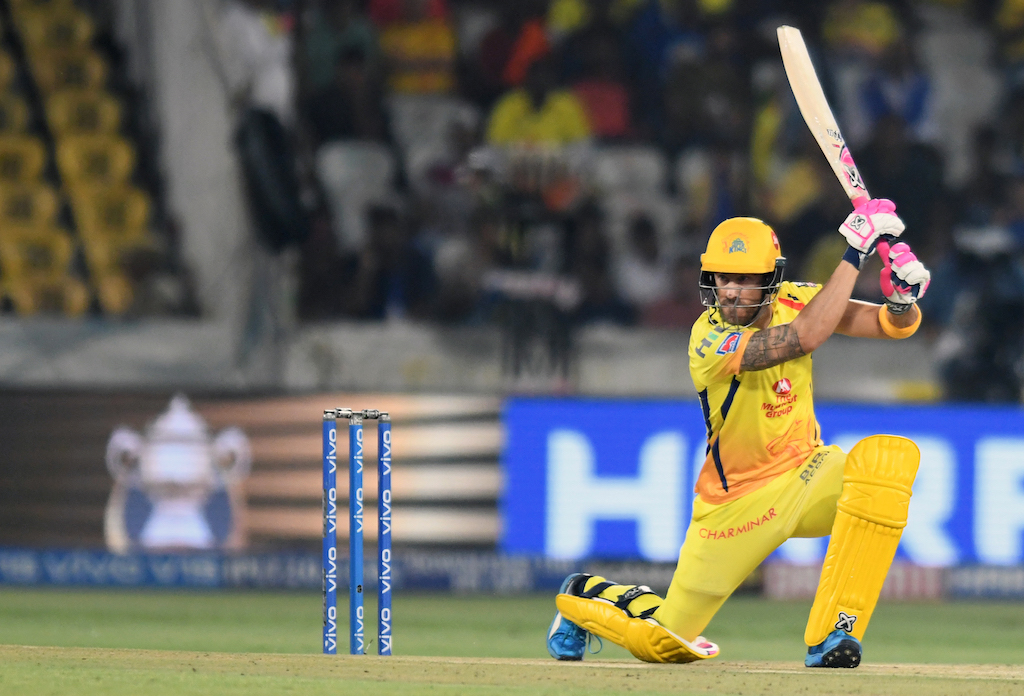 The cash-rich league is being played outside of India because of the coronavirus pandemic, but organisers did their best to replicate the raucous atmosphere with recorded crowd noise and cheerleaders on video screens.

Du Plessis made an unbeaten 58 and put on a key third-wicket stand of 115 with Ambati Rayudu, who hit 71, to help Chennai chase down a target of 163 in 19.2 overs and celebrate in the empty stadium.

"It was completely different from what we are used to having, so many people cheer for us at the stadium," Mumbai skipper Rohit Sharma said after the loss.

"But we knew there won't be anyone at the stadium. I think IPL did a great job making sure that there is some noise going around, which was good. But this is the new normal for us for a while."

READ: From King Kohli to Afghan spin wizard: five to watch in IPL

Dhoni's bulging biceps also attracted much attention as the former India captain strode out to lead Chennai more than a year after he last played for India in their semi-final loss to New Zealand in the 2019 World Cup.

"You had the liberty during lockdown to spend some time on yourself," Dhoni said after winning the toss and electing to field first.

"Could not do a lot of physical running and all, but yes, being at home for four-five months what was the best thing to do so hit the gym, trying to do as much as possible and maybe look fit."

The fitness seemed to have rubbed on his teammates with Du Plessis taking three outfield catches including two stunners to help check Mumbai to 162 for nine.

England's Sam Curran smashed 18 off six balls after being sent up the order by Dhoni who batted at seven and remained unbeaten with Du Plessis hitting the winning runs.

"To be honest very surprised I went in but he's a genius and he obviously thought something," Curran said of his captain.