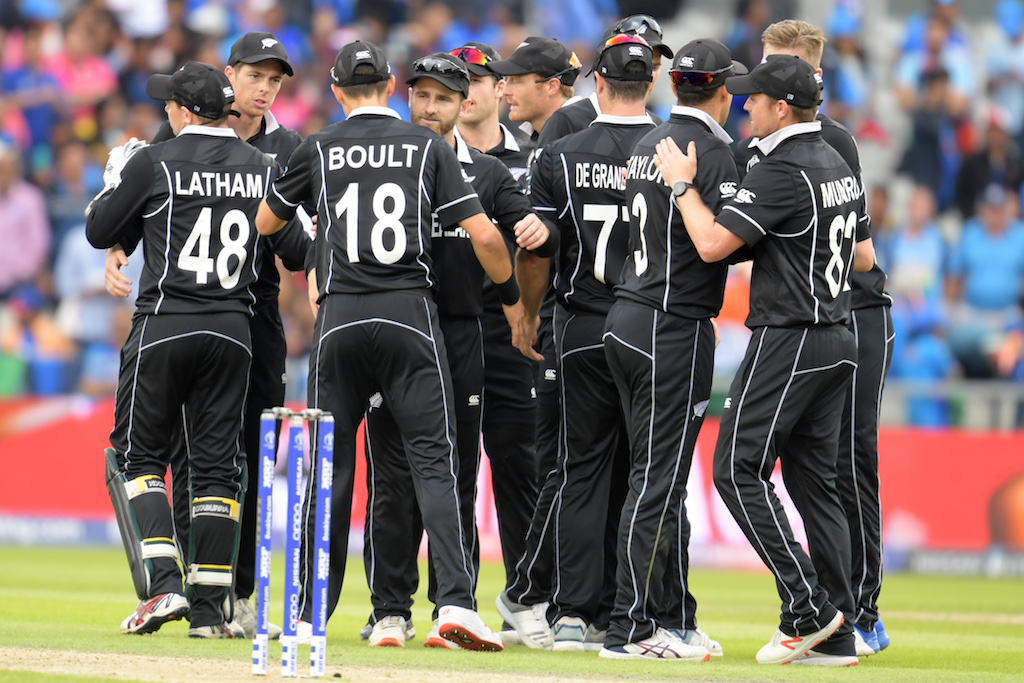 WELLINGTON - The Black Caps' surprise run to the Cricket World Cup final has created a dilemma for fans in New Zealand after sports bars across the country failed to anticipate their team's success.

Matches at the England-hosted tournament are being played in the middle of the night for Kiwis and most had written off the Black Caps before their upset semi-final win over India.

That includes the hospitality industry, which needs special licences for bars to operate throughout the night when there are big sporting events.

"It takes 20 working days for a late liquor licencing application to be processed, obviously no one in Wellington thought we'd get to the final because no one has asked," a Wellington City Council spokeswoman said.

New Zealand media reported similar issues around the South Pacific nation, leaving cricket fans on a sticky wicket about how to watch the Black Caps' bid for a maiden title.

Sunday in New Zealand and will finish around 5.30 am.

Monday if it goes the distance, but sports bars are only licenced until 4:00 am.

So supporters can either watch the match at home or join fellow fans in a bar and run the risk of being turfed out at 4:00 if neither of the finalists repeat the collapse that marred New Zealand's appearance in the 2015 final.

Wellington City Council's spokeswoman said the unexpected nature of New Zealand's appearance meant there would be no fan zones in the capital.

She also offered a novel suggestion to supporters if they managed to find a venue screening the match that was open all night: "You could watch it without drinking!"

New Zealand has won support from an unexpected quarter, with the Australian Broadcasting Corporation backing the Black Caps after England humiliated their team in the semi-finals.

"In the spirit of Australia's penchant for unashamedly claiming any sporting success from across the ditch as its own, the Black Caps are clearly firming as Australia's choice for Sunday's Lord's showdown," it said.

The sentiment is unlikely to be welcomed by Kiwis still smarting from their mauling by Australia in the 2015 final and feeling morally superior after the 1981 underarm bowling controversy.

Regardless of the result, bleary-eyed Kiwi fans may welcome the late Australian prime minister Bob Hawke's advice after his country pulled an all-nighter in 1983 to watch a victory in the America's Cup.

"Any boss who sacks anyone today for not turning up is a bum," he said.