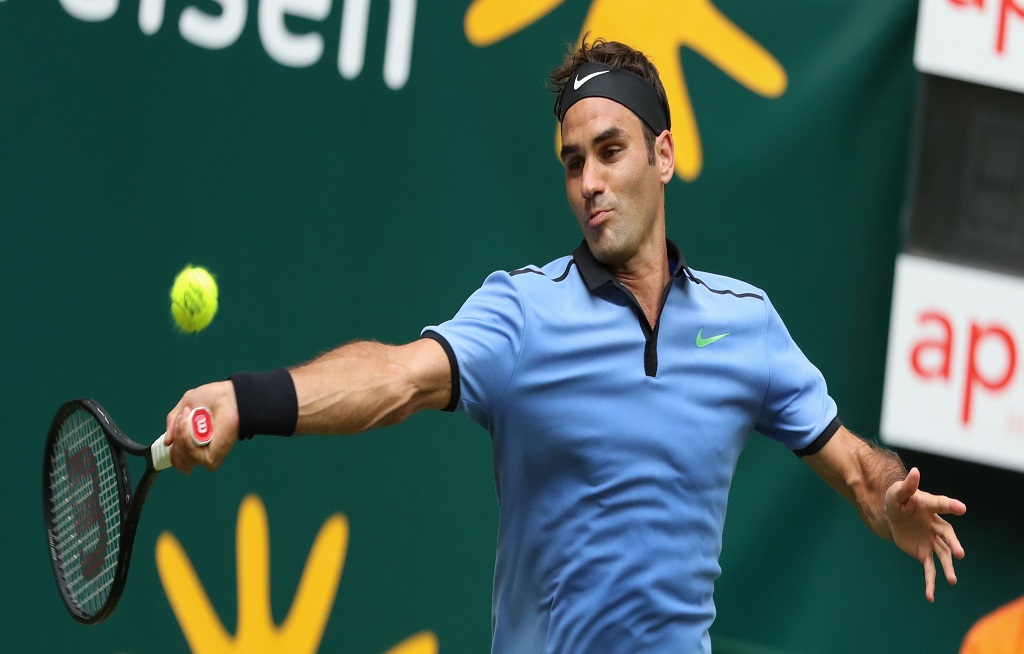 GERMANY – Eighteen-time major champion Roger Federer picked up his first win of the grass-court season by thrashing Japan's Yuichi Sugita in the first round at Halle on Tuesday.

The Swiss top seed, who skipped the entire clay-court schedule in order to be fully fit for Wimbledon, brushed aside lucky loser Sugita 6-3, 6-1 in just 51 minutes, to bring up his 1100th win on the ATP Tour.

"I had never played him. And playing against me, all are always very motivated," Federer told the Halle Open website.

"That doesn't make it easy, but I'm very satisfied. That was a very good start into the Gerry Weber Open."

Federer, who won his first Grand Slam title since 2012 at the Australian Open in January, lost the first match of his return to German veteran Tommy Haas in Stuttgart last week.

But the world number five was back to his imperious best on Tuesday, as he broke in the fourth game en route to the opening set.

The 66th-ranked Sugita was no match for his illustrious opponent, although he did avoid a second-set bagel by breaking when Federer served for the match.

Federer, 35, will be one of the favourites as he looks to land an eighth title at Wimbledon, which runs from July 3 to July 16.

For now though the world number five will focus on winning the warm-up event in Halle for a ninth time, and he will face in-form home hope Mischa Zverev in the last 16.

Earlier on Tuesday, Mischa Zverev's brother and fourth seed Alexander eased to a 6-3, 6-2 win over Paolo Lorenzi, while Kei Nishikori fought back from a set down to defeat Fernando Verdasco 6-7 (7/9), 6-3, 6-4.