FIFA to take legal action to recover millions from Platini 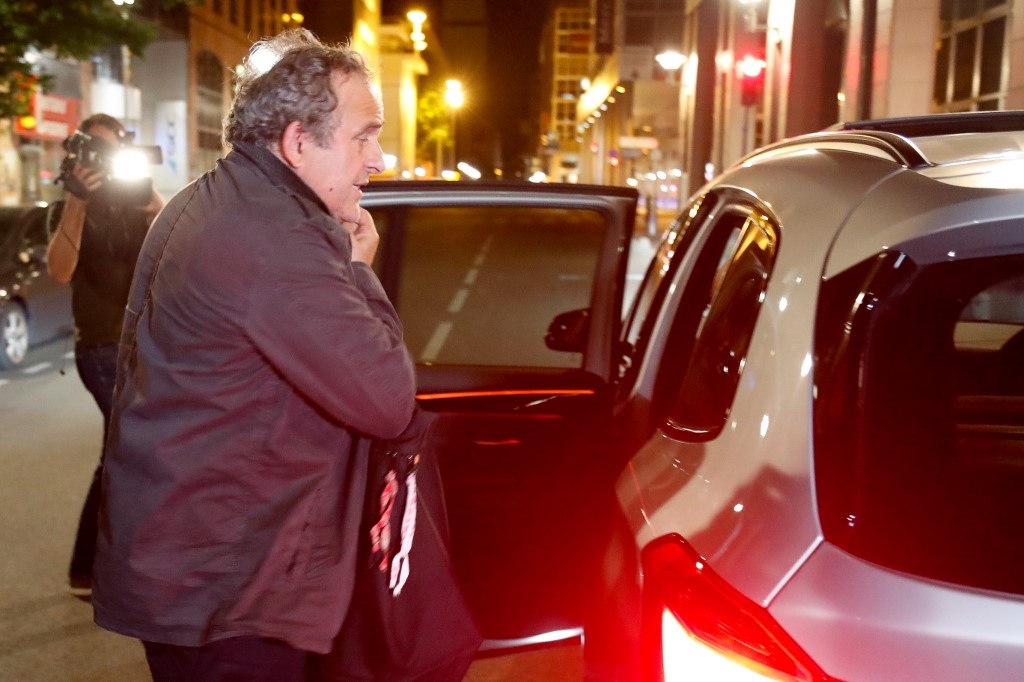 Ex-UEFA chief Michel Platini, flanked by his lawyer William Bourdon, talks to the media as he leaves the Central Office for Combating Corruption and Financial and Tax Crimes.

SWITZERLAND - FIFA is to take legal action by the end of the year to force Michel Platini to return two million Swiss francs (R29.4-million) he received during Sepp Blatter's reign at world football's governing body.

FIFA banned Platini, its then vice president, in 2015 over the payment he received, sparking years of bitter recriminations from the Frenchman and a falling out with his former ally Blatter.

Platini declined to comment but his lawyer, Vincent Solari, called the developement "harassment" of his client.

"It is obviously an announcement whose sole purpose is to continue to try to bring discredit on my client," Solari, who is based in Geneva, said in a statement.

FIFA said it planned to sue Blatter at the same time and would be seeking "interest at the appropriate rate" and "disciplinary fines and costs... both ordered but not paid."

Blatter, who authorised the payment in 2011, dismissed FIFA’s new claim.

"This affair has already been settled," he told AFP on Wednesday.

He said that the outstanding fines and legal costs had already been paid.

The Swiss authorities started investigating in 2015 while FIFA's ethics investigators branded the payment "disloyal" and banned Platini for six years.

The Frenchman subsequently appealed to the Court of Arbitration for Sport (CAS), which reduced his suspension to four years while ruling that it "was not convinced by the legitimacy of the payment, which was only recognised by Mr. Platini and Mr. Blatter."

Solari insisted that his client had no debt to pay.

"It is clear that FIFA's claims are totally unfounded, as also attested by the fact that  the agreement concerning this payment has never been invalidated by FIFA," said the lawyer.

He wrote that the move amounted to "harassment" just as "the illegal manoeuvres" against Platini by "certain FIFA protagonists... is the subject of an investigation in Switzerland."

FIFA said in the document that the "undue payment...had no basis in law, and that fact has been established in various courts and tribunals up to the level of the Swiss Supreme Court."

Blatter said the payment had been legal.

"I do not see how FIFA can take legal action," he told AFP. "This is a salary payment with the necessary withholding of social charges."

"This has passed through the FIFA accounts," he said. "This payment was validated by all of the financial control bodies of FIFA, external and domestic."

Blatter also said he is willing to testify to French prosecutors about the 2010 vote to award the World Cup to Qatar.  He said he had opposed awarding the 2020 World Cup to the Gulf state, but that he has a "clear conscience."