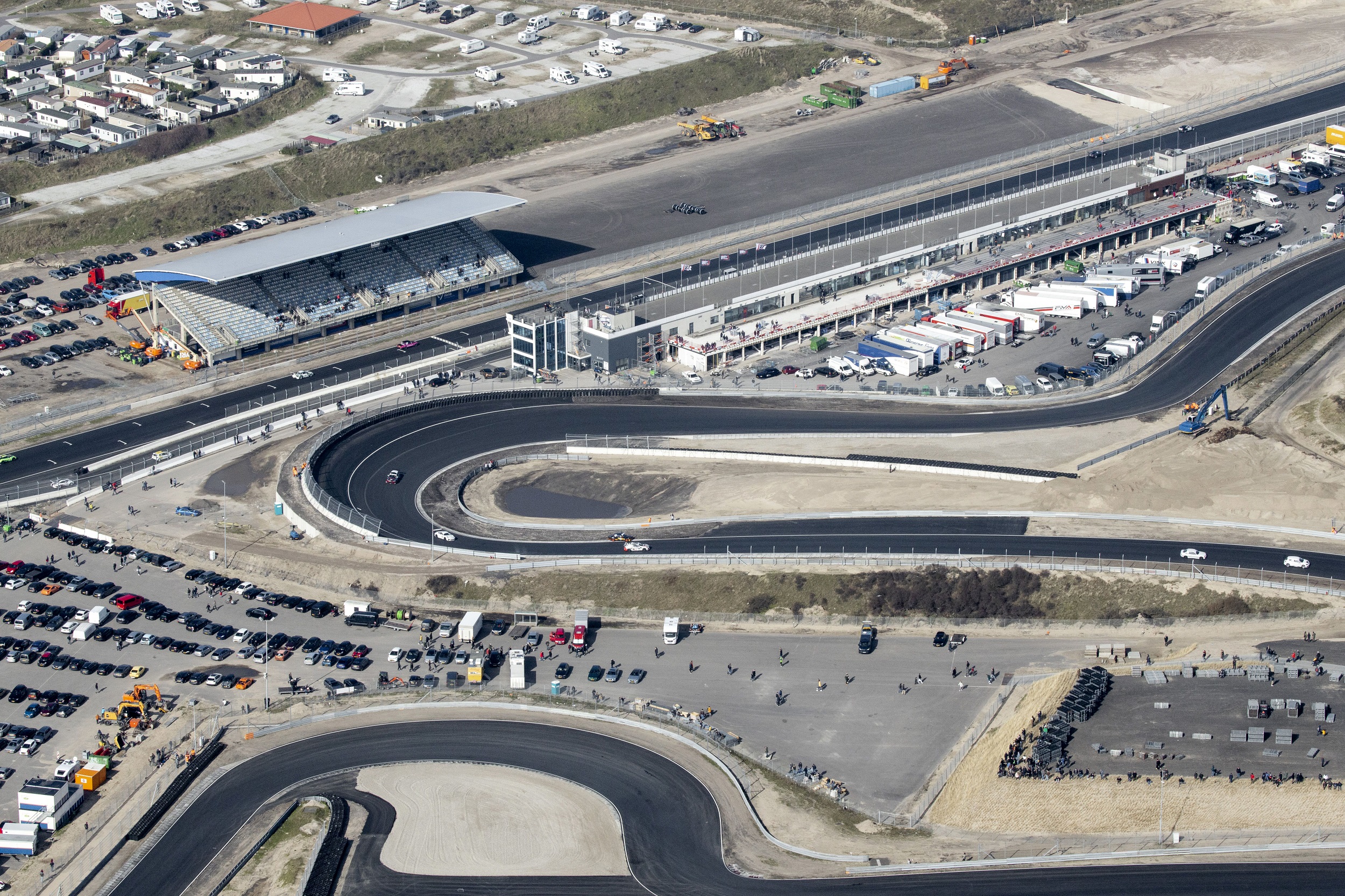 This aerial photo taken shows the Circuit Zandvoort where the 2020 Formula 1 Dutch Grand Prix was scheduled to take place.

ABU DHABI - Five talking points in Formula One after the 2020 season ended at the Abu Dhabi Grand Prix on Sunday:

-- Despite widespread lockdowns following the global impact of the COVID-19 pandemic, Formula One managed to deliver a competitive and dramatic season – 17 races packed into 23 weeks.

The original season was mostly cancelled and races re-arranged with the cancellation of many outside Europe or the Middle East, including the customary season-opening Australian Grand Prix in March.

Teams, paddock staff and media had travelled to Melbourne for that race before it was cancelled at short notice on the eve of opening practice, a decision and situation that reflected the health crisis that lay ahead.

A new calendar was put together by F1 with races held in blocks of two or three together and the entire paddock staying in tightly-controlled 'bubbles' to avoid risks of spreading the virus.

Some circuits – like those at Spielberg and Silverstone – held back-to-back races while drivers, teams and other staff were subjected to COVID-19 tests before, during and after every event.

By the final race, a total of 78 positive tests had been returned, including three drivers -- world champion Lewis Hamilton, Sergio Perez and Lance Stroll.

This signalled a ratio of around one positive per 1000 tests, a triumph for the sport’s rigorous protocols.

-- Lewis Hamilton found the need to "live like a monk" suited to his development as a driver and an activist as he stayed in a luxury camper van for weeks at a time.

The defending champion revelled in the performance of the Mercedes W11 car and a chance to concentrate on the issues that mattered and interested him most including human rights and racism.

He bounced back after team-mate Valtteri Bottas won the opening race in Austria and went on to win 11 of the 16 races he started, taking his career total to a record 95, passing Michael Schumacher's mark.

He also won his seventh title with dominant, measured and error-free racing to draw level with Schumacher on seven titles.

He won the series by more than 100 points ahead of Bottas – his greatest winning margin – as Mercedes reeled off an unprecedented seventh constructors championship.

-- More than 30 years after the last significant accident that resulted in a fire – when Gerhard Berger crashed in his Ferrari at Imola in 1989 – there was shock at the sight of Romain Grosjean's fireball at the Bahrain Grand Prix.

The opening lap accident came at Turn Three when the French driver pulled right to find a way of avoiding three cars abreast ahead of him and ran over the front wheel of Daniil Kvyat's Alpha Tauri.

His Haas car lifted up and skewed off at high speed, estimated at around 245km/h, into the barriers.

A steel guardrail failed as the car split in half and burst into flames, the front half staying lodged in the punctured railing and the back spinning to a halt nearby.

A brilliant rescue and recovery reaction by marshals and the Medical Car crew helped as Grosjean, lucky to remain conscious, extricated himself and climbed to safety.

He suffered burnt hands and other slight injuries.

Will Max be title factor?

-- Max Verstappen proved on Sunday, with his flawless victory at the Abu Dhabi Grand Prix, that he is ready to lead a Red Bull bid to end Mercedes and Lewis Hamilton's dominance.

But can the Milton Keynes-based team give him a car to match or beat the Mercedes and fulfil forecasts that he is a champion in waiting?

The impending departure of engine suppliers Honda is a setback the team may overcome, but Mercedes' funding, organisation and scale – pulled together and guided by team boss Toto Wolff – gives them a bullet-proof look after seven straight title wins.

As Hamilton goes on past his 36th birthday in January, however, Verstappen has shaken off his impetuous youth and 'Mad Max' moniker.

Can Vettel rediscover his mojo?

-- After six years, 14 wins and twice finishing as runner-up in the title race, the four-time champion German has left Ferrari for Aston Martin, the re-badged 2021 version of Racing Point.

Vettel, a father of three and one of the best-loved drivers in the pit lane, has won only once in two years – at the 2019 Singapore GP.

He won his titles with the Milton Keynes-based Red Bull Racing – a team based close to his new outfit's Silverstone base. Many feel the move to breathe more English air may help him rise again.

Clever, understated and a lover of British humour, he will bring experience and leadership when he succeeds Sergio Perez, who was fast, dependable and embedded.

Vettel knows the team will be well-funded by Canadian billionaire owner Lawrence Stroll, father of his team-mate Lance Stroll.

His task is to convert the cash into points, podiums and, if he can, a few wins to add to his 53.