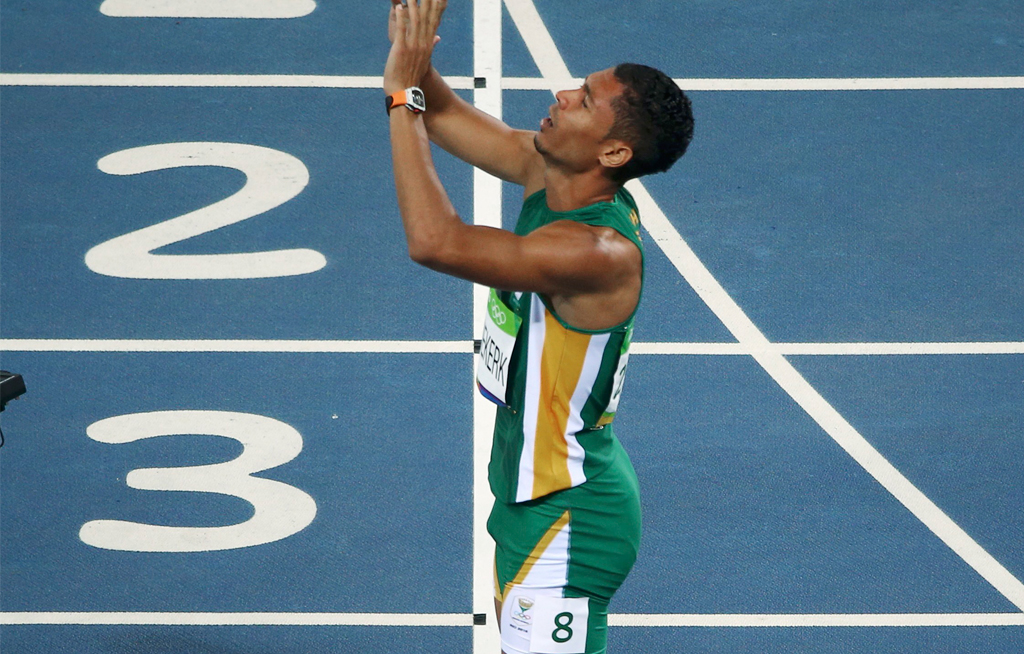 RIO DE JANEIRO -Here are five facts about Wayde van Niekerk, who broke the men&39;s 400m world record at the Olympic Games with a time of 43.03sec in Rio on Sunday.

From Cape Town to Rio, via Beijing

The Cape Town-born star arrived in Rio with form. His winning time at the Beijing world championships last year was 43.48. In his slipstream that day taking bronze was the London 2012 champion Kirani James and silver went to LaShawn Merritt.

That pair filled the minor places again in Rio, only in different order.

Coached by a grandmother, and in Jamaica

In his quest for Olympic glory, the 24-year-old linked up with Usain Bolt&39;s coach Glen Mills in Jamaica in the run-up to Rio. "We have a good relationship with coach Mills, I&39;ve got to know him on the circuit over the last few months and years," Van Niekerk said in June.

His coach back home is a 74-year-old white-haired grandmother, Ans Botha. The unlikely combination teamed up three years ago, the move paying dramatic dividends.

Born and raised in Cape Town,  Van Niekerk showed his aptitude for sport from a young age. But after attending a local college he continued his education, studying marketing at University of the Free State.

Wayde van Niekerk has solified his place in history as one of the greats with this Gold World Recors run. Rio2016 pic.twitter.com/p17C9DydhC