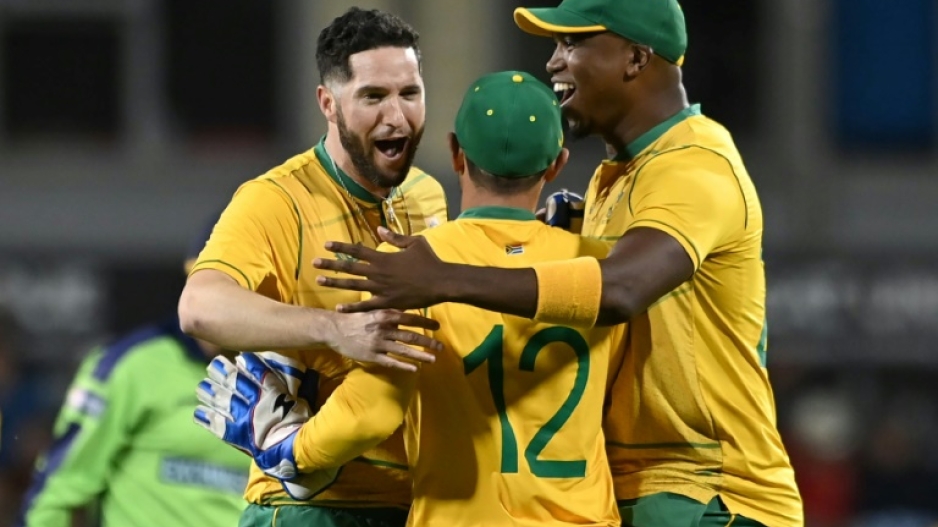 The 33-year-old left-arm quick took 5-30 as Ireland, chasing 183 to win, were dismissed for 138 in what was their eighth successive defeat at this level.

Parnell put a dent in their chase early on, reducing Ireland to 2-2 with two wickets in consecutive balls.

Andy Balbirnie fell for an eight-ball duck when he chipped to cover and Lorcan Tucker, fresh from his 78 in the first T20, went first ball when he miscued to mid-on.

The in-form Harry Tector survived the hat-trick, and with the experienced Paul Stirling started to repair the damage.

Stirling had hit two fours and two sixes in a score of 28 when he was struck a painful blow in the groin after missing a pull off fast bowler Lungi Ngidi.

The next ball proved his undoing, with Sterling slicing a well-disguised slower ball from Ngidi and Aiden Markram, running from point towards short third man, taking the catch.

And Ireland were 40-4 when Gareth Delany was lbw for a duck to left-arm wrist-spinner Tabraiz Shamsi.

Parnell then took two wickets in three balls, with Curtis Campher caught behind on the reverse sweep before Tector holed out off a miscued pull for 34.

Then, in his 45th match at this level, Parnell had a fifth wicket when Andy McBrine was brilliantly caught by diving wicketkeeper Quinton de Kock.

That left Ireland 96-9 and while tailender Barry McCarthy's 32 entertained the crowd, it merely delayed defeat.

Earlier, South Africa captain David Miller marked his return with an unbeaten 32 and a rapid stand of 71 in 33 balls with Heinrich Klaasen that helped the Proteas post 182-6. 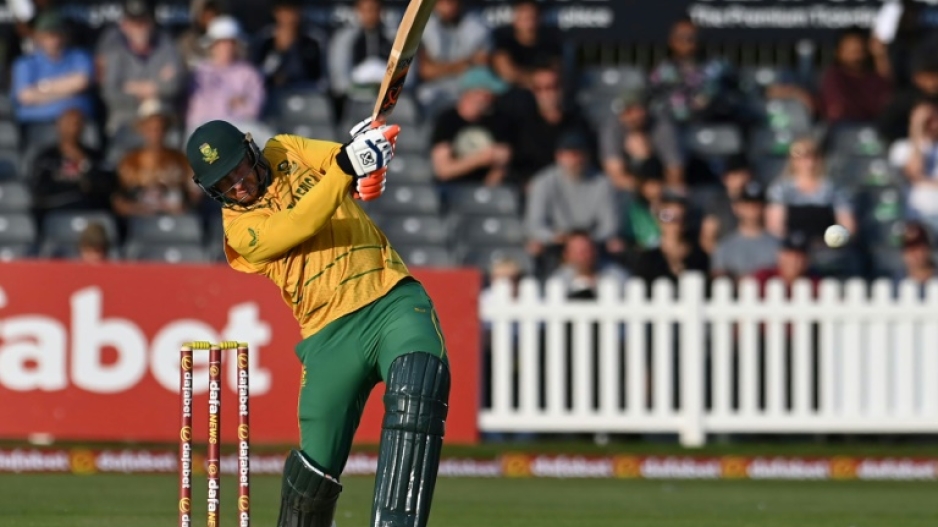 Klaasen's 39 took only 16 balls after opener Reeza Hendricks had just fallen short of a fifth successive T20 international fifty when out for 42.

But Ireland pulled things back in the field following leg-spinner Delany's 2-24.

This was South Africa's last match at this level before they finalise a squad for the T20 World Cup, which will go to India for a three-match series in September ahead of the showpiece tournament in Australia.

Ireland are at home to Afghanistan in a five-match series later this month.