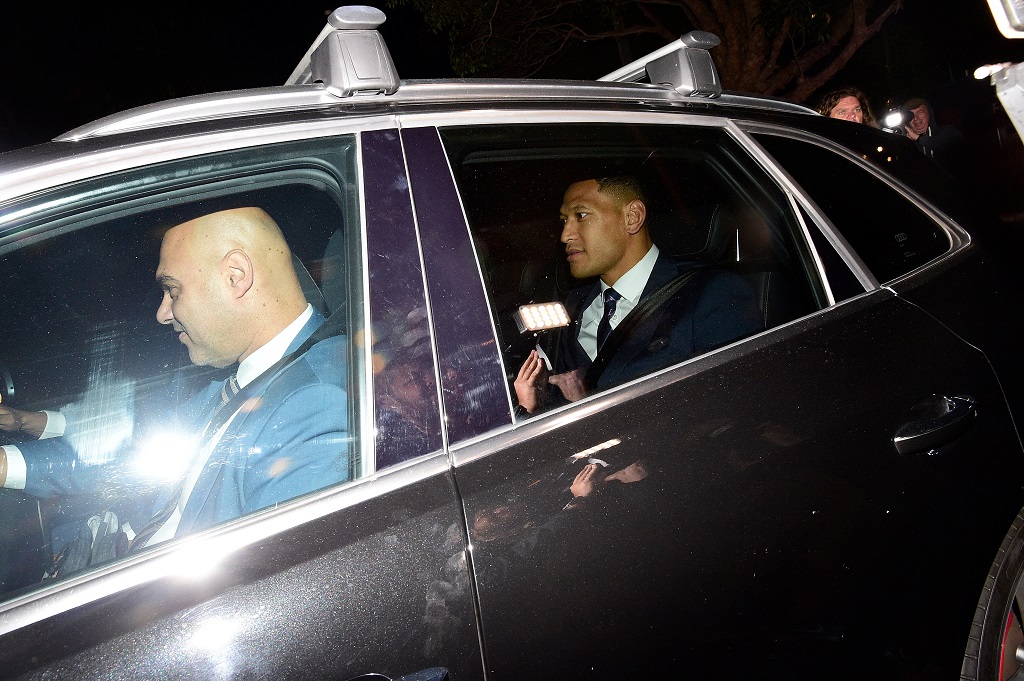 MELBOURNE - Israel Folau launched legal proceedings against Rugby Australia over the termination of his contract on Thursday, casting the action as the pursuit of his "right to religious freedom".

Folau, a fundamentalist Christian, was sacked by Rugby Australia and his Super Rugby club New South Wales Waratahs last month for a post on social media that said hell awaited "drunks, homosexuals, adulterers" and other groups.

The 30-year-old former Wallabies fullback said he would seek a declaration from Australia's Fair Work Commission, an industrial relations tribunal, that his employment was terminated because of his religion.

"No Australian of any faith should be fired for practising their religion," he said in a statement that confirmed his case had been lodged.

"Ours is an amazing country built on important principles, including freedom of religion.

"A nation made up of so many different faiths and cultural backgrounds will never be truly rich unless this freedom applies to all of us."

"It is important to make clear that (we) did not choose to be in a position where (we) are forced to divert significant resources to defend the ongoing legal action taken by Israel, but his action leaves the game with no choice," it read.

"This is an issue of an employee and his obligations to his employers within the contract that he signed.

"He was bound by a Code of Conduct for all professional players in Australia that spells out clear guidelines and obligations regarding player behaviour, including respectful use of social media."

Folau confirmed this week that he had engaged commercial law firm Macpherson Kelley and a prominent industrial relations barrister to act for him in his dispute.

He was found guilty of a "high level" breach of Rugby Australia's code of conduct by a three-member tribunal after a prolonged hearing last month.