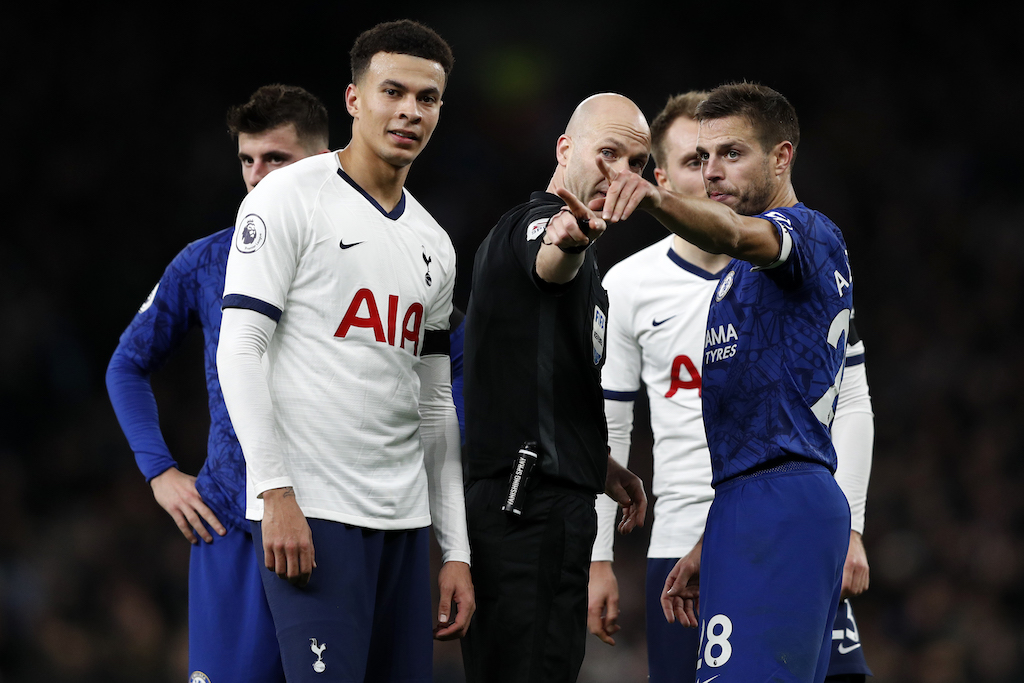 English referee Anthony Taylor (C) points out to players where comments and objects are coming from in the crowd during the English Premier League football match between Tottenham Hotspur and Chelsea.

LONDON - The Professional Footballers' Association (PFA) called for a government inquiry into racism in football after Chelsea's 2-0 Premier League win at Tottenham on Sunday was marred by alleged racist comments from the crowd, the latest in a string of recent incidents.

Chelsea manager Frank Lampard said the problem needed "to be dealt with strongly" and Tottenham promised "a thorough investigation" after referee Anthony Taylor halted play during the second half when Antonio Rudiger complained of hearing monkey noises from spectators.

Moments earlier the Chelsea defender had been involved in a second-half clash with Son Heung-min that saw the South Korean sent off.

READ: Serie A 'sorry' for monkeys in anti-racism campaign

Shortly after the stoppage, an announcement made over the public address system warned that "racist behaviour among spectators is interfering with the game" and Taylor spoke to both managers, Lampard and Jose Mourinho.

The PFA said in a statement late Sunday: "We are disgusted and dismayed that once again, a Premier League fixture has been tainted by abuse from the stands towards players.

"It has become clear that football players are on the receiving end of the blatant racism that is currently rife in the UK, but they are not alone.

"Racist abuse in football is not just an issue for black and ethnic minority players, it is an issue for everyone who loves the game.

"The PFA calls for a government inquiry into racism and the rise in hate crime within football."