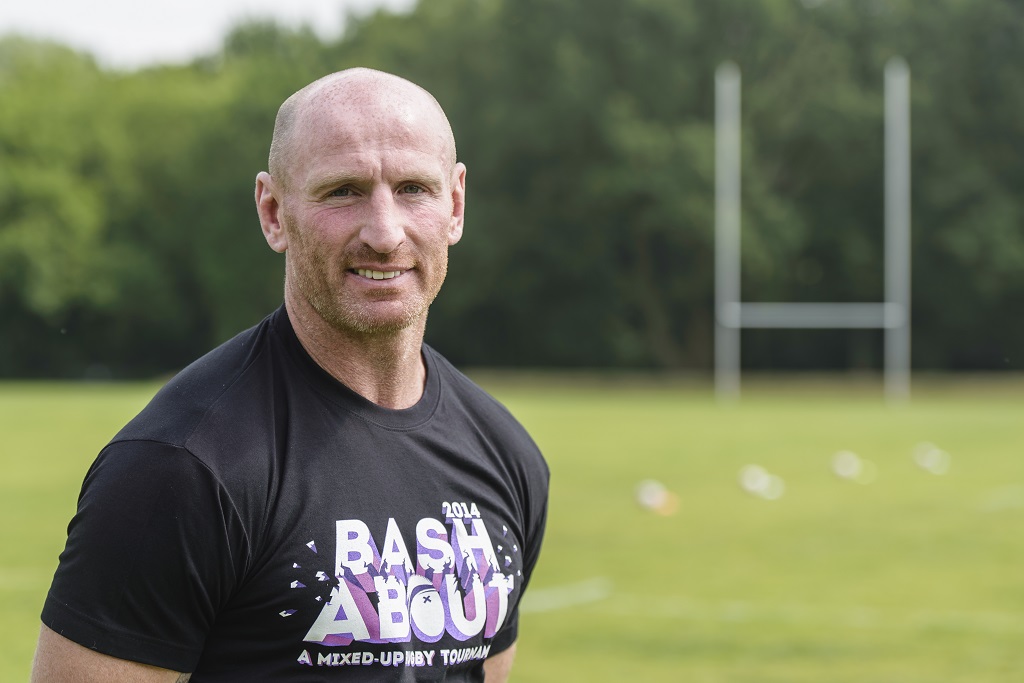 Welsh rugby player Gareth Thomas poses during a training with the Berlin Bruisers on May 23, 2014 in Berlin.

The BBC will broadcast a documentary on Wednesday where the 45-year-old, who came out as gay in 2009, explains how in 2018 he felt like dying.

A teaser for the documentary from BBC Wales appeared on Twitter on early Sunday where Thomas, struggling to contain his anguish, spoke about his motivations.

"The reason I'm doing this is firstly I want to remember what it's like to feel free," said Thomas, who is taking part in an Iron Man competition in Tenby, Wales on Sunday, for which he has learned to swim.

"And by doing that, I want to empower so many other people who are in the exactly same position as me and probably be ten times worse."

"To do that I have to educate myself, I have to be strong, I have to become a completely different person," added Thomas, who spent part of his career at top French club Toulouse, winning the Heineken Cup with them in 2005.

READ: Erasmus looks for positives after Boks go down to Wales

"What I want to learn is that I have got HIV and its okay like.

"That's what I want to learn more than anything," said Thomas, who retired from Rugby in 2011.

Among those offering support for Thomas on his Twitter feed were the British Labour Party leader Jeremy Corbyn, who described Thomas as 'a role model challenging stigma and prejudice. His example offers hope and resolve to others.'

On Saturday, Thomas revealed the depth of shock and depression.

"It's not like I blame people for not knowing this.

"This is a subject that because of the 1980s scenarios people don't talk about it because that's the only information they have."

Thomas says the condition has little impact on his day-to-day life given the advances in medicine other than taking a single pill every day and visiting the hospital for blood tests every six months.