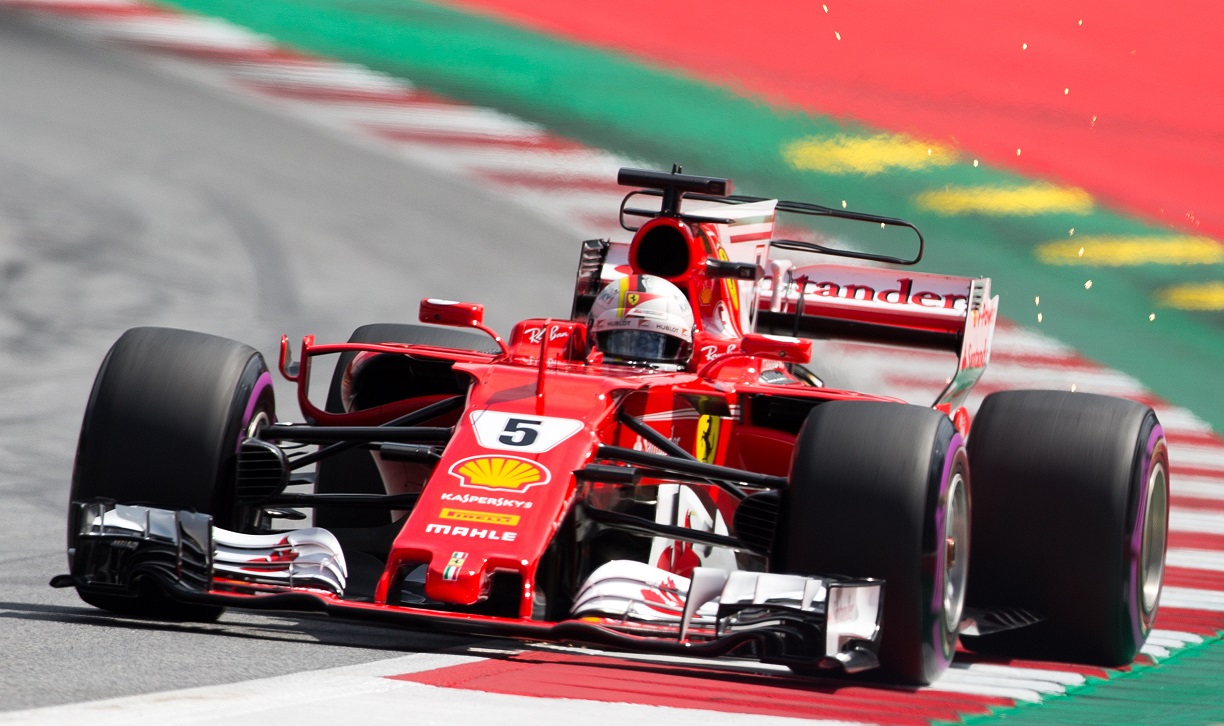 Ferrari's German driver Sebastian Vettel drives his car during the third practice session of the Formula One Austria Grand Prix at the Red Bull Ring in Spielberg, on July 8, 2017.

BUDAPEST - World championship leader Sebastian Vettel believes it would be 'ignorant and stupid' for Formula One not to introduce the new 'halo' cockpit head protection next year.

The 30-year-old German, who seeks victory for Ferrari in Sunday's Hungarian Grand Prix, added that the death of Briton Justin Wilson in an Indycar race in 2015 was enough evidence to prove the point.

Speaking to reporters ahead of the 11th race of the season before F1's now-traditional European summer break, he was supported by two-time world champion Fernando Alonso.

"I am in favour, I'm positive about the halo," said McLaren driver Alonso. "I think if protection on our heads could save one life – that's worth putting it (on)."

Vettel, who said he felt slightly dizzy after testing it ahead of the British Grand Prix at Silverstone two weeks ago, was forthright in his support for the device, which has not been universally praised, on aesthetic grounds, by the Formula One paddock.

The four-time world champion said: "There should not be a doubt in your mind about whether to introduce it or not -- if you offer the system as it stands, with the power it has to give us protection, offer that to Justin Wilson some time ago, he would take it.

"We would be happy to take it, to help save his life. We cannot turn back the clock, but knowing that something is there that helps us in certain scenarios, it would be ignorant and stupid to ignore."

Alonso added: "I, unfortunately, lost some friends, some colleagues, in my journey in single-seaters.

"Justin Wilson, and Jules [Bianchi] in some accidents that could help in those conditions. In terms of aesthetics, it's difficult to please the entire world and that will never happen.

"Remember, 50 years ago, Formula One didn't have seat belts. These days, with social media and all that stuff, people will start saying 'Formula One should be with no seat belts' because the drivers are moving and this is the DNA of F1. This is not true.

"If there's a device that improves safety, let's put it on and then let's take care about the aesthetics in the future."

Australian Daniel Ricciardo of Red Bull and Vettel's Ferrari teammate Kimi Raikkonen are also supporters of the introduction of the halo.

Ricciardo dismissed the notion that danger is an inherent attraction to the sport.

He said: "The danger for sure gives it excitement, but for me, the danger is not getting hit in the head with a wheel.

"The danger is pushing the car to the limit and nearly crashing on every corner on a street circuit – and knowing if you go for an overtake, you might end up crashing because maybe the gap disappears at the apex."

Raikkonen quashed fears that the halo would affect the drivers and in some way 'neutralise' the sport.

"I don't think it will bother us driving-wise at all. We won't even notice," he said.

"I think all the talk about it - that you cannot see - is nonsense. The people who write it have never driven an F1 car.

"It's purely for safety and I think it's a good thing. If we can avoid one serious accident because of that, I think it's the price to pay for sure."