Foster's job uncertain despite All Blacks triumph at Ellis Park 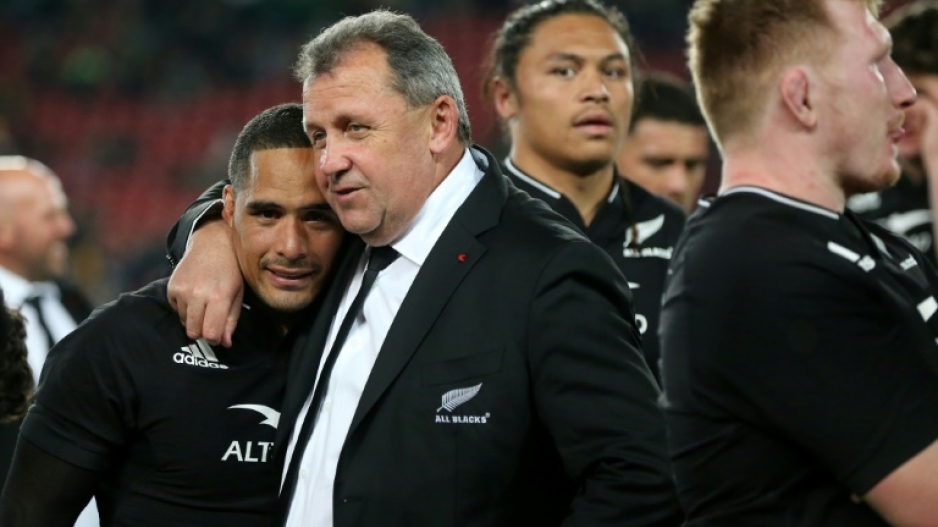 WELLINGTON - New Zealand Rugby on Sunday refused to endorse Ian Foster's position as All Blacks' head coach despite their triumphant 35-23 win over the Springboks in Johannesburg.

NZR chief executive Mark Robinson said Foster's future will be determined following consultation with team management once they arrive back in New Zealand, with an announcement on the head coaching role to be made by the NZR Board in the middle or end of next week.

"We'll take stock of the situation and the information coming out of the camp, and make a decision," Robinson told journalists.

"The most we can really say is we are focused on getting everyone home, and we'll have a number of conversations in the coming days.

"We just need to work through this little period to understand where the next steps are with this management team."

Robinson heaped praise on the team's pressure-relieving win at Ellis Park on Saturday, coming a week after they opened The Rugby Championship with a 26-10 loss to the Springboks in Mbombela.

That defeat was New Zealand's fifth in the space of six Tests - including three to Ireland and one each to France and South Africa - resulting in a drop to fifth in the world rankings.

There have been widespread calls for NZR to sack Foster, who has struggled for consistent results and public support since his promotion from assistant coach in 2020, following the highly-successful reign of Steve Hansen.

Before the team left for South Africa, Robinson refused to endorse Foster's future beyond the two Tests there.

Robinson wouldn't say on Sunday if defeat in Johannesburg would have ended the coach's difficult tenure and nor reveal whether he was ready to take a recommendation to the Board.

Robinson said it is not just Foster's position that will be analysed in the coming days, with NZR officials to assess "everything across the environment".

If Foster loses his job, his replacement will have little more than a week to prepare for their next Test, against Argentina in Christchurch on August 27.

In the immediate wake of victory on Saturday, Foster said he had "no idea" if he will remain in charge.

He spoke of the stress he had felt over the last month and hit out at what he described as personal attacks on him in the media.

"It comes with the job, but it has been a pretty vicious onslaught, particularly from the New Zealand media," Foster told reporters.

"Calling them 'popgun selections' I feel is quite insulting to players who are giving their all for the country. But these times are the best test of character.