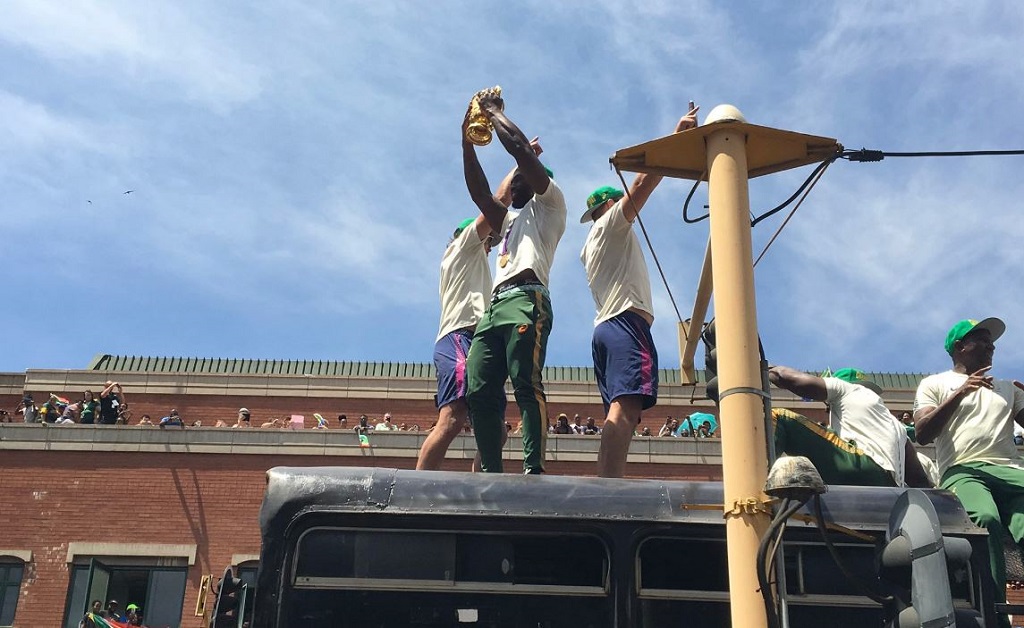 The Springboks celebrate their win on November 7, 2019.

JOHANNESBURG - South Africa has been in celebration mode sine the Springboks returned with the World Cup.

The world champions continue their victory parade on Friday, but not everyone is happy about the way things have been organised.

The Free State Rugby Union is up in arms.

That's because the Trophy Tour will not pass through the province.

Free State authorities feel that locals of the region, should have got the chance to celebrate with their heroes.

The decision was apparently due to the extremely tight schedule SA Rugby had to follow.

There is a possibility of the trophy and a number of players being sent to the region at a later stage.