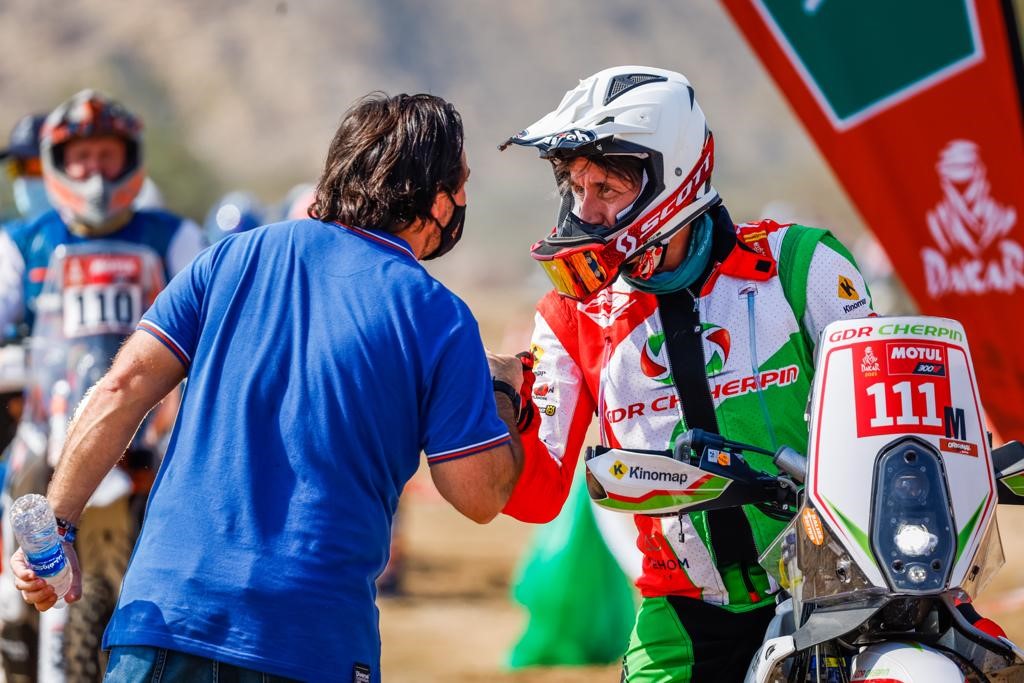 Pierre Cherpin of France riding his motorcycle during the 1st stage of the 2021 Dakar Rally in Jeddah on January 3, 2021. French rider Pierre Cherpin has died on January 15, 2021 from injuries he sustained during a fall in the 7th stage from Ha’il to Sakaka on January 10, 2021. ASO / AFP

PARIS - French motorcyclist Pierre Cherpin has died from his injuries after a fall during the Dakar Rally, becoming the notoriously perilous race's first fatality this year, organisers said on Friday.

Cherpin, 52, died during his medical transfer to France after he crashed at 178 kilometres per hour on Sunday.

"During his transfer by medical plane from Jeddah to France, Pierre Cherpin died from the injuries caused by his fall," a statement said.

Portuguese rider Paulo Goncalves died last year during the race, which bills itself as the "world's toughest and biggest rally".

Cherpin, who was competing in his fourth Dakar Rally, was found unconscious after his crash and taken to hospital in Sakaka before he was airlifted to Jedda.

After emergency neurosurgery, the entrepreneur and sailing enthusiast had been in an induced coma and was in a stable condition ahead of his transfer to Lille.

"I am an amateur, I don't want to win but to discover landscapes that I would never have had the opportunity to see otherwise," he said earlier, according to the statement.

"Everything is exciting: riding the bike, living your passion, getting to know yourself."