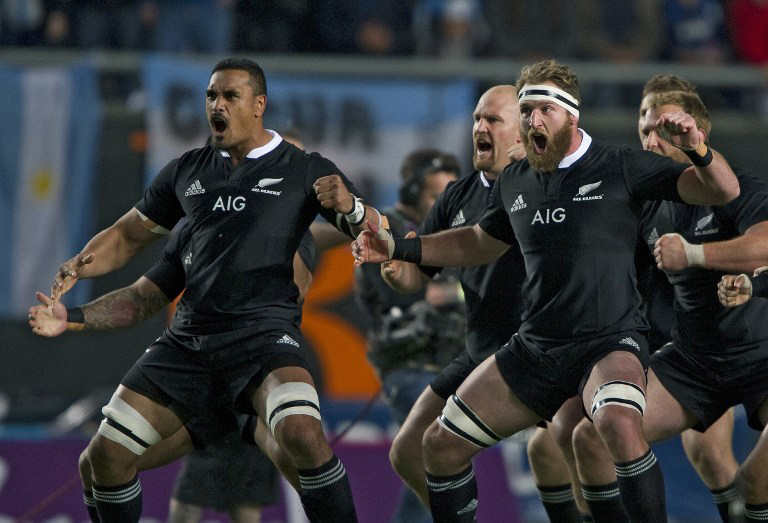 WELLINGTON - The All Blacks' claim to have been "blindsided" by a Rugby Championship schedule that would leave its players quarantined at Christmas was in dispute as reports claimed New Zealand voted in favour of the programme.

Both the Sydney Morning Herald and New Zealand's Newshub media outlet said they had obtained leaked minutes of a September 17 SANZAAR meeting showing New Zealand had signed off on a six-week tournament ending on December 12.

That schedule would mean the All Blacks would still be in the two-week quarantine mandated for returning travellers in New Zealand over Christmas.

New Zealand Rugby chief Mark Robinson, along with delegates from the other SANZAAR countries Australia, South Africa and Argentina, were listed as being at the meeting.

A Rugby Australia source also told AFP that New Zealand voted in favour of the original Rugby Championship agreement for a six-week tournament.

The Sydney Morning Herald said the minutes "revealed New Zealand Rugby agreed to play a six-week Rugby Championship which would finish on December 12, despite their insistence otherwise."

SANZAAR chief executive Andy Marinos told Newshub the tournament "was always agreed to run from November 7 to December 12 and they (New Zealand) were aware of that."

But when the schedule was made public, New Zealand publicly fumed, claiming it went against their push for a December 5 finish so players could complete COVID-enforced quarantine requirements and be home for Christmas.

"In any forum that we've been in there's been no agreement to play in the tournament on December 12, at any time and any meeting. We've been very clear around that."

There was no immediate reaction from NZR to the leaked documents and the issue was further clouded by New Zealand Rugby Players Association boss Rob Nichol who said he received conflicting information on the issue.