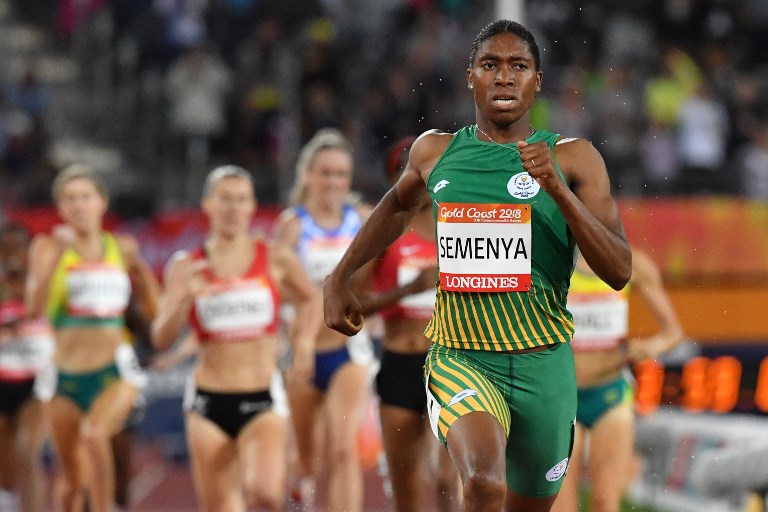 South Africa's Caster Semenya competes in the athletics women's 1500m final during the 2018 Gold Coast Commonwealth Games at the Carrara Stadium on the Gold Coast on April 10, 2018.

The IAAF has decided to amend its regulations regarding female athletes like Semenya who are known to produce high levels of testosterone.

The new regulations would require female athletes to maintain testosterone levels below 5 nanomoles per litre for a continuous period of at least six months.

The Commission believes the new regulations are discriminatory against athletes and said in a statement on Wednesday, “It cannot be those female athletes who produce 5 percent of nanomoles are subjected to this unjust and unfair regulation contrary to many conventions and protocols that are there to protect and promote unfair treatment of female athletes/women from abuse and discrimination.”

The CGE  reiterated their support for the legal challenge launched by Semenya with the Court of Arbitration for Sport (CAS) in Switzerland against the new regulation in order to ensure that the rights of all women are safeguarded and protected.