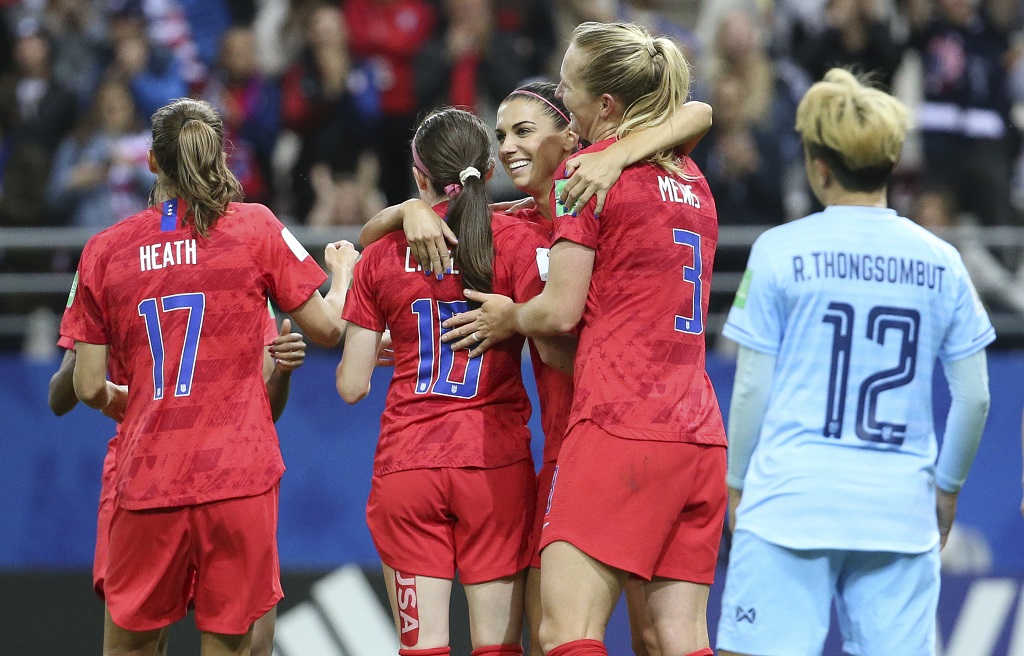 Alex Morgan of USA celebrate a goal with teammates during the 2019 FIFA Women's World Cup France group F match between USA and Thailand at Stade Auguste Delaune on June 11, 2019 in Reims, France.

GERMANY - The German football association (DFB) announced a joint bid with Belgium and the Netherlands to host the 2027 Women's World Cup on Monday.

"We are delighted to have joined our Dutch friends and will do our utmost to support this project," DFB president Fritz Keller said in a statement.

The Dutch FA (KNVB) already stated its desire to host the 2027 finals back in 2018 and secured parliamentary support in the Netherlands.

The bid is set to be fronted by three former players in Germany's Silvia Neid, Femke Maes from Belgium and ex-Dutch midfielder Sarina Wiegman.

The Netherlands hosted and won, the women's Euros in 2017, but Belgium has never hosted a major women's tournament.

The three partners have already presented their plans to FIFA, as well as European football's governing body UEFA, the DFB added.