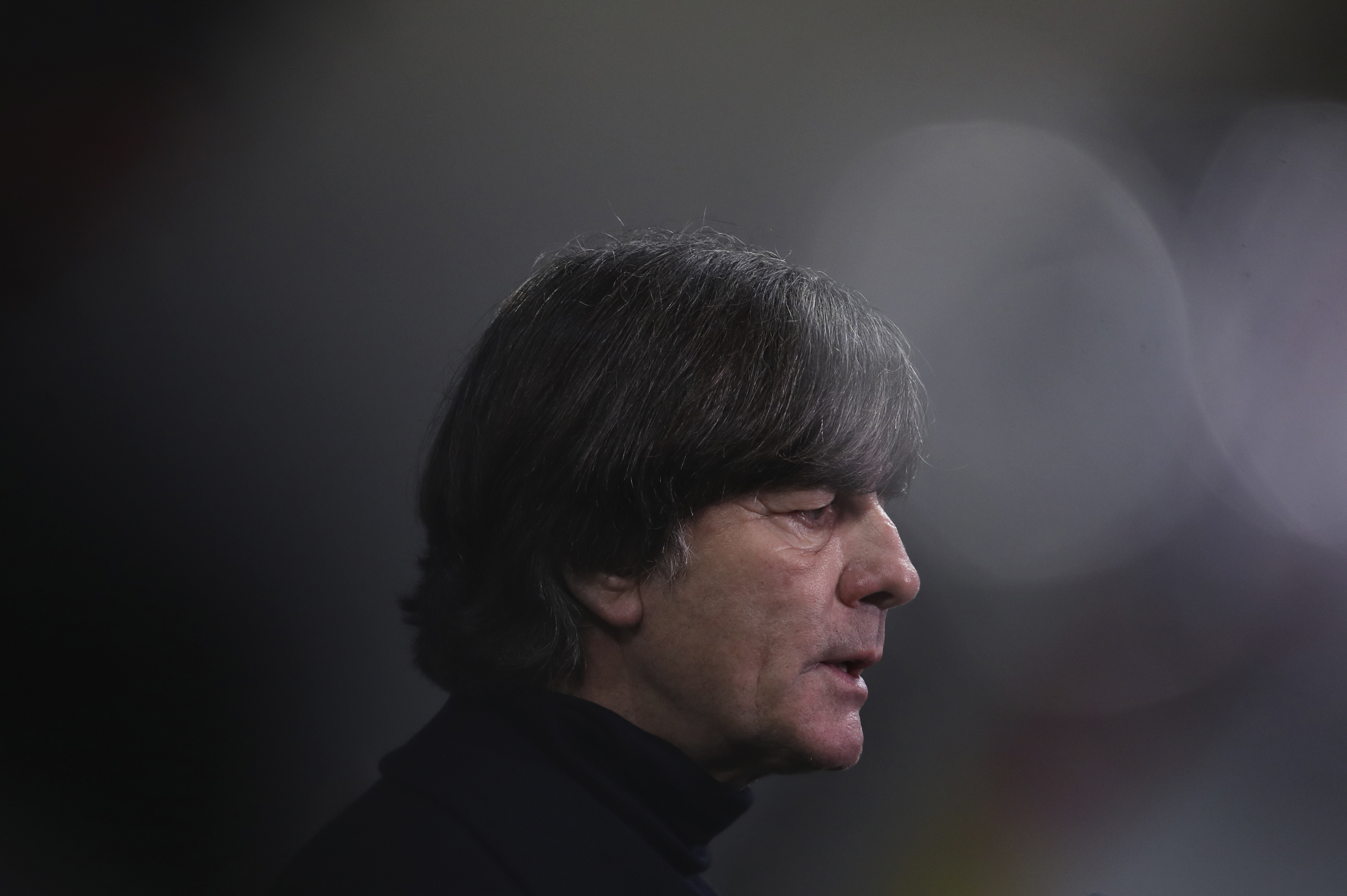 BERLIN - Germany coach Joachim Loew faces the biggest crisis of his 14-year reign after his side crashed to a historic defeat to Spain, with former players and the media questioning Wednesday whether he should lead the team into next year's European championship finals.

The 6-0 drubbing in Seville on Tuesday is Germany's heaviest defeat for 89 years as Spain completely dominated the Nations League match.

The Bild daily was blunt, headlining its coverage: "Loew should offer to resign."

"Just seven months before the Euro, the German FA has to answer the question whether Joachim Loew is still the right man for the tournament," the paper said.

Ferran Torres scored a brilliant hat-trick as Spain attacked at will with Loew's Germany side offering little resistance as they slumped to their heaviest defeat since losing 6-0 in Berlin against Austria in 1931.

Loew batted off questions about his future in the post-match press conference.

"You have to ask others. I can't answer that spontaneously," he replied when asked if he was worried about his job.

According to reports, Loew and his coaching team held crisis talks in Munich on Wednesday with German FA president Fritz Keller, but the head coach is likely to keep his job.

Loew led Germany to the 2014 World Cup in Brazil but the credit from that triumph was largely dissipated by the debacle at the 2018 finals in Russia when Germany crashed out in the group phase.

His contract with the German Football Association runs until the 2022 World Cup and Loew still appears to have the support of Germany team director Oliver Bierhoff.

"The confidence is completely there," Bierhoff insisted in the wake of the drubbing, but promised a "hard analysis".

Bierhoff pointed to a lineup on Tuesday containing veteran players Manuel Neuer, Ilkay Gundogan and Toni Kroos as proof that "lack of experience of the players is no excuse".

Bierhoff though said he intended to be in his job next year, telling FAZ newspaper: "The path that the national coach has taken, I will follow up to and including the European Championship."

Bastian Schweinsteiger, who won the 2014 World Cup under Loew, was horrified by the performance.

"It did not feel like a team -- there were no commands" in the German ranks, said the 36-year-old former Bayern Munich and Manchester United midfielder, who is now a media pundit.

"You only heard the Spanish talking. You have to change something. The German national team can't play like that.

"There are certain values, which I didn't see on the pitch."

Munich-based newspaper Sueddeutsche Zeitung said the humiliation in Spain begs the questions "How much longer with Jogi Loew?".

Magazine Sport Bild reported the German FA are toying with the idea of Bayern coach Hansi Flick replacing Loew, but that is unlikely to happen before the Euro 2020 finals.

Schweinsteiger reignited the debate about whether three other veteran players who Loew has sidelined from the national team -- Mats Hummels and Bayern's Champions League-winning pair Jerome Boateng and Thomas Mueller -- should be reinstated.

Loew told all three in 2019 that their Germany careers were over, yet the trio are all currently in great form for their clubs.

"This is the German team, it has to bring together the best players," Schweinsteiger said, adding that Mueller and Boateng would be in his team for Euro 2020 if he were coach.

Arsenal's German midfielder Mesut Ozil -- another player who has not featured since the 2018 World Cup slump -- agreed, tweeting: "Time to take @JeromeBoateng back."

However, ex-Germany and Liverpool midfielder Dietmar Hamann warned that the louder the calls to recall the trio, the less likely Loew is to listen.

"I have the feeling, the more calls there are for them to return, the less he wants to do it," Hamann told Sky Sports. "He seems to be very stubborn about it."

Time is running out for Loew to prove he can turn things around before the Euro 2020 finals, postponed from last year, kick off in June with Germany in a tough group including reigning champions Portugal and World Cup holders France.