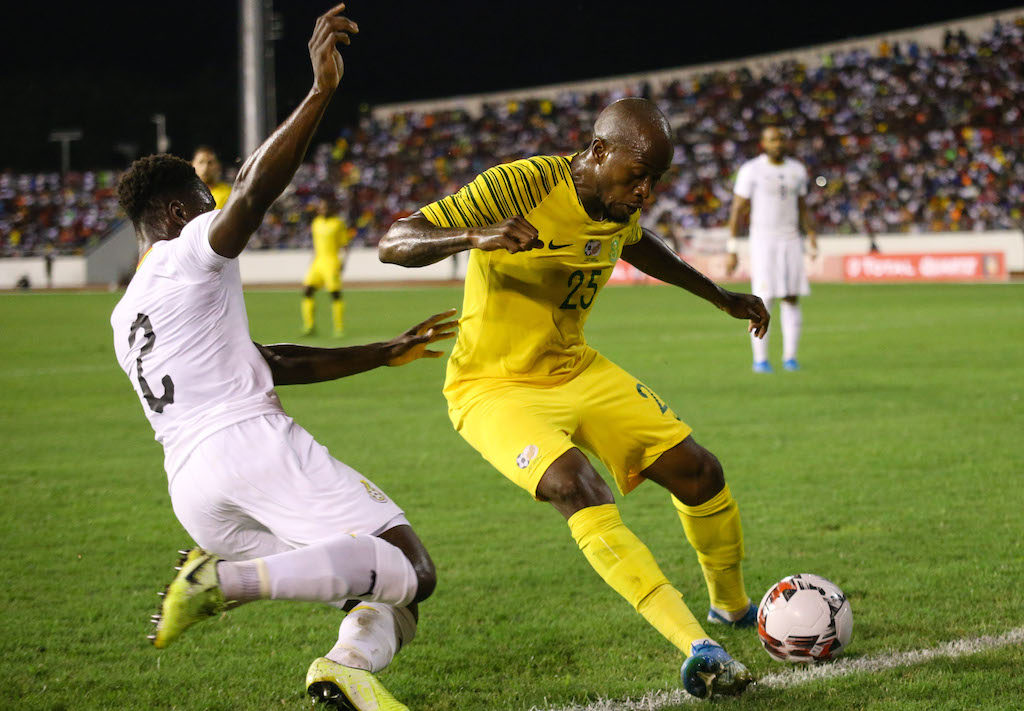 Andy Yiadom of Ghana challenges Sfiso Hlanti of South Africa during the 2021 Africa Cup of Nations qualifiers match between Ghana and South Africa at Cape Coast Sports Stadium,Ghana on 14 November 2019

ACCRA - South Africa's 2021 Africa Cup of Nations qualifying campaign got off to the worst possible start after they were beaten by Ghana on Thursday night.

Ghana were in charge from the first whistle during the Group C encounter, which took place at the Cape Coast Stadium.

READ: Premier League sharpshooters in Africa as CAN qualifying begins

Thomas Partey opened the scoring in the 35th minute with Mohammed Kudus completing ensuring the win for the Black Stars in the 79th minute.

It was coach Molefe Ntseki's first official match in charge of Bafana Bafana.

There will be little breathing space for the 1996 champions with the next qualifier taking place on Sunday against Sudan.