Golf's Ryder Cup to be postponed 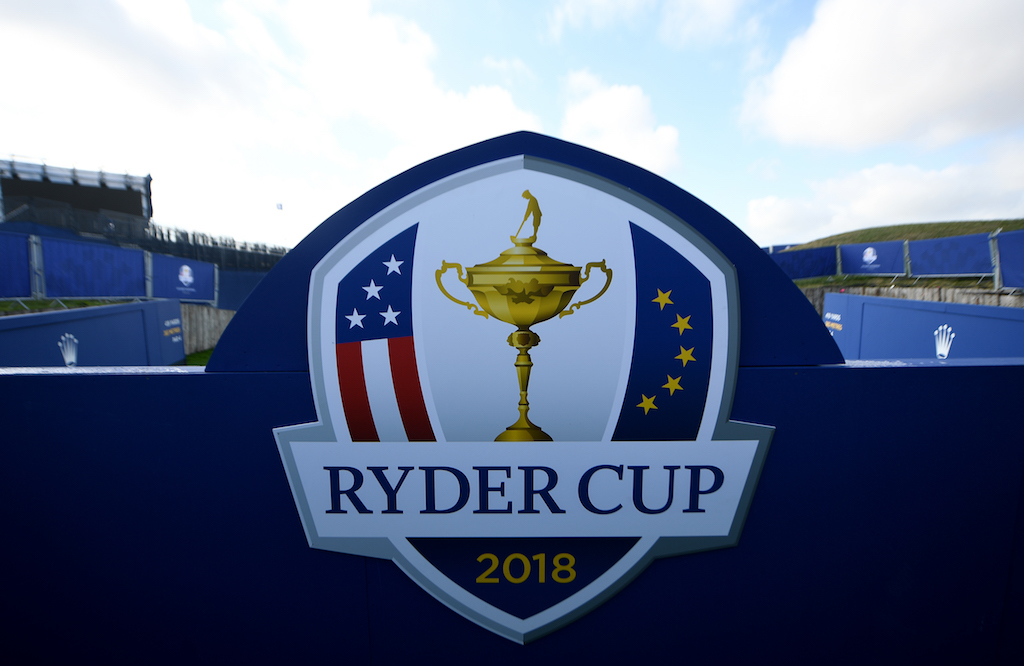 In this file photo taken on September 19, 2018 the Ryder Cup logo is seen at the Golf National in Guyancourt.

LOS ANGELES, UNITED STATES- The 2020 Ryder Cup will be postponed for a year because of the coronavirus pandemic, ESPN reported on Tuesday, saying an official announcement is expected Wednesday.

Citing a source not authorized to speak publicly, ESPN said the biennial match play showdown between the United States and Europe, scheduled for September 25-27 at Whistling Straits in Wisconsin, will be delayed until a similar date in 2021.

"There will not be a Ryder Cup this year," the source told the US sports news outlet.

"The Ryder Cup will go to 2021, the Presidents Cup to 2022 and then they will alternate from there."

The PGA of America and European Tour are expected to release the information officially on Wednesday.

The news comes as no surprise in a sports year turned upside down by the coronavirus pandemic.

British newspapers the Telegraph and the Guardian reported weeks ago that the Ryder Cup would be postponed, although the PGA of America has declined to comment so far.

Passionate fan involvement -- in a sport more known for a sedate atmosphere -- has long been a hallmark of the Ryder Cup.

With COVID-19 cases still soaring in the United States, it seems unlikely fans would be admitted to the event on its regularly scheduled dates.

Even if a limited number were allowed, travel restrictions could still be a factor for fans wanting to come from Europe.

World number one Rory McIlroy of Northern Ireland and fellow four-time major champion Brooks Koepka of the United States have both said they would not want to see the matches played without spectators, whose cheers and songs create much of the atmosphere that makes the team event unique.

US captain Steve Stricker and Europe captain Padraig Harrington of Ireland have agreed they don't want to see a Ryder Cup without spectators.

"I think the majority of players would like to see it pushed back until 2021 so that they can play in front of the atmosphere they want to play," McIlroy told BBC Northern Ireland back in May, when England's Lee Westwood said spectators were "essential" to the event.

Golf, like virtually all professional sports, shut down in March amid the coronavirus pandemic.

The US PGA Tour has resumed play but has yet to admit spectators to tournaments.

The European Tour won't resume until July 22, with COVID-19 testing and social distancing in place and without spectators on the course.

But the Ryder Cup isn't the only big COVID casualty on the golf calendar.

The British Open, scheduled for July at Royal St. George's Golf Club in Kent, was cancelled.

The Masters was pushed from April to November, the PGA Championship switched from May to August and the US Open moved from June to September.

The rescheduling of the Ryder Cup for 2021 will impact the Presidents Cup, the biennial match play contest between the United States and an International team from non-European countries.

ESPN reported that the Presidents Cup -- scheduled for September 30-October 3 at Quail Hollow in North Carolina -- will now be held in 2022.