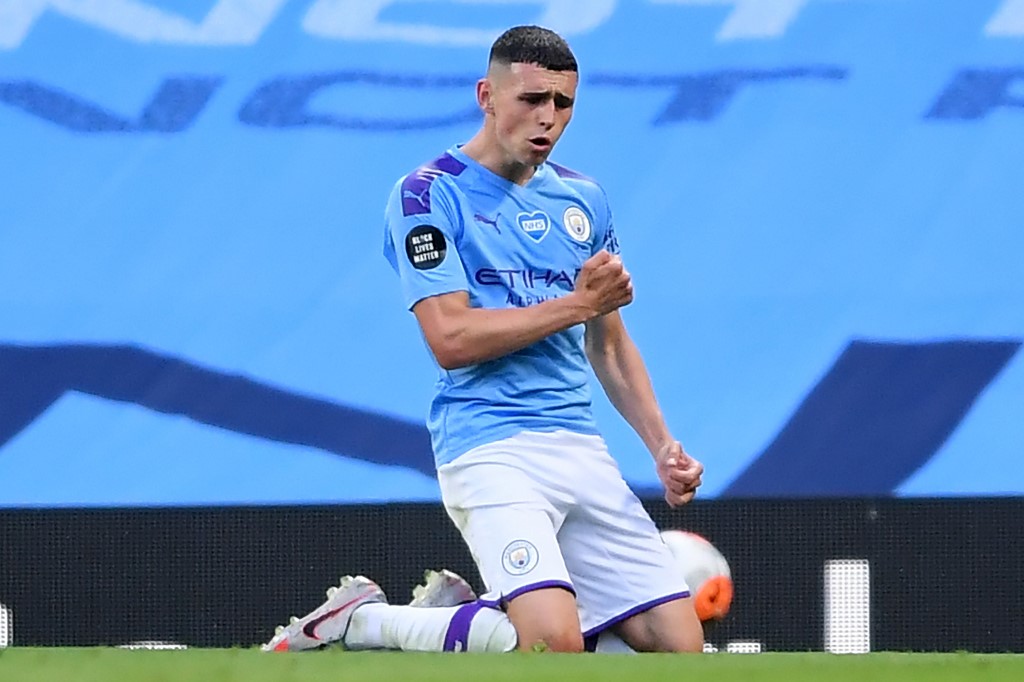 LONDON, UNITED KINGDOM- Pep Guardiola has told England boss, Gareth Southgate, he has an "incredible" talent on his hands in Phil Foden after the 20-year-old scored his fourth Premier League goal in three games for Manchester City.

Foden, long tipped for stardom but eased into action gradually in recent years by City boss Guardiola, has struck four times since the Premier League resumed following the coronavirus shutdown.

Guardiola has no doubt Foden is now ready to fill the void the imminent departure of David Silva will create and has also tipped him to shine in Southgate's England side.

"All the managers around the world love to work with good players," said Guardiola, who coached Lionel Messi, Andres Iniesta and Xavi at Barcelona.

"The success we've had as managers is because we're training incredible talented players and Phil is one of them."

The City boss added: "We can count on him as a midfield player, a winger, even as a striker because he has an incredible sense of goal and a vision.

He said Southgate, who has yet to give Foden his debut, had an "incredible talent for the national team on his hands".

Foden formed a formidable triumvirate with Kevin De Bruyne and Raheem Sterling as Liverpool, a week after celebrating their first title in 30 years, were swept aside at the Etihad.

The England Under-21 international teed up the second for Sterling before finishing off a slick move to score the third when he took a flicked return pass from De Bruyne in his stride.

After surrendering the title to Liverpool, City appeared to have a point to prove, although Guardiola did not see it like that, preferring to focus on upcoming FA Cup and Champions League games.

"When one team wins eight of 10 (domestic) titles they played for, it's not necessary for one game against Liverpool to show me they are hungry," he said.

"It's three more points to help us to finish second in the Premier League and qualify for the Champions League. We need four more points to do this mathematically and it is good for us for the game against Arsenal in the FA Cup semi-finals and especially Real Madrid second leg."