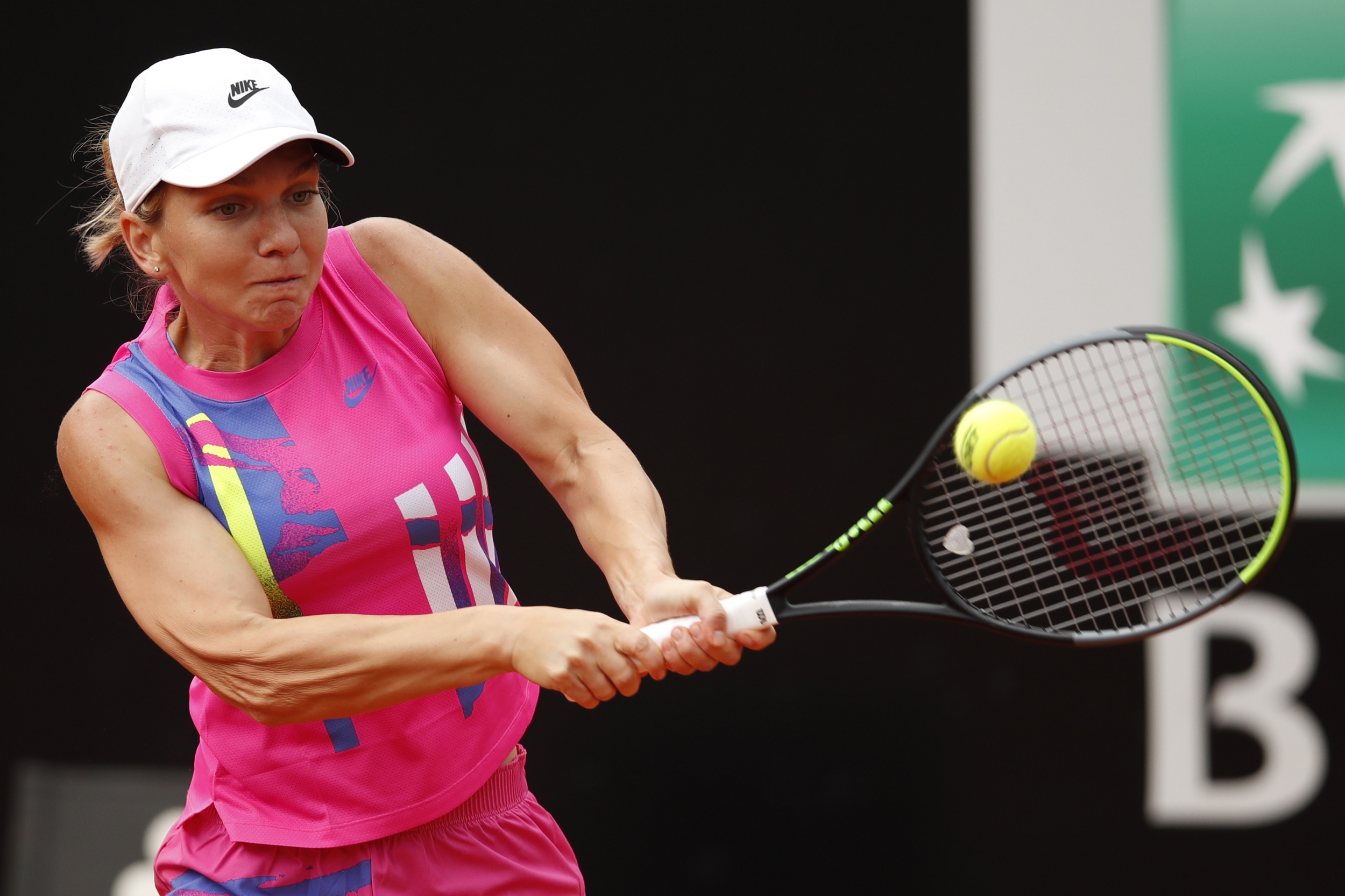 Romania's Simona Halep plays a backhand to Czech Republic's Karolina Pliskova during the final match of the Women's Italian Open.

World number two Halep was competing in her third Rome WTA final, having finished runner-up in 2017 and 2018 on the clay at the Foro Italico.

"Finally after two finals I could win this title," the Romanian said.

"I love this tournament and I'm really happy to have this beautiful trophy in my hand.

"In 2013 here I started to go in the top in world tennis. I really enjoyed and I realy was happy on court that I could play the semi-finals back then. Since then I have started to play really well."

Pliskova, the second seed, was playing with her left thigh heavily bandaged.

The Czech struggled with her serve from the outset, falling behind to a double break, handing Halep a 3-0 advantage with a double fault.

Halep saved three break points against her on her next service game before conquering a first one-sided round in 20 minutes.

Pliskova had treatment on her lower back and upper leg before the second set, but pushed on with a break for 1-1 after half an hour.

But the 28-year-old called time in the third game, heading towards Halep to signify the end of the match after 32 minutes.

In total, Halep converted five of seven break point opportunities for her eighth win in 13 meetings with Pliskova, who converted one of four.

Wimbledon champion Halep's 22nd career title comes just a week before the start of the French Open which she won in 2018.

Halep extended her winning streak this season to 14 consecutive victories.