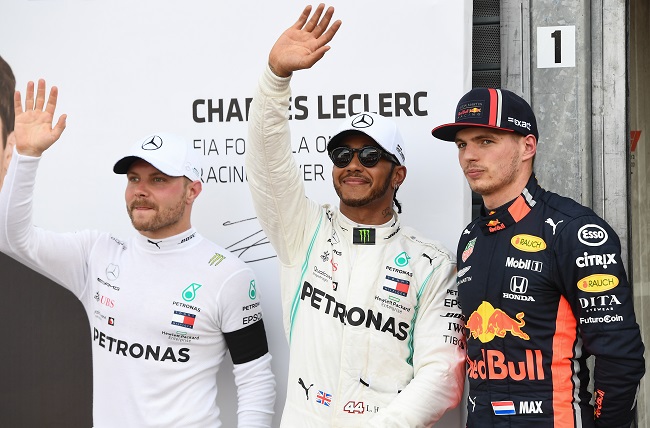 LONDON - Formula One world champion Lewis Hamilton has said an apparent failure by title rival Max Verstappen to acknowledge his achievements was a "sign of weakness".

The 35-year-old Mercedes driver has been the dominant force in Grand Prix racing in recent years with the Briton winning five of the last six titles.

But Red Bull racer Verstappen said much of Hamilton's success was down to the excellence of his Mercedes car, with the German marque having won the past six drivers' and constructors' championships -- a Formula One record.

"I find it funny," said Hamilton when asked about Verstappen's comments after taking the 2020 Mercedes for its first 'shakedown' run at the Silverstone circuit in central England on Friday.

"I have always been known to do my talking on the track, so I tend to see that (criticism) as a sign of weakness," added Hamilton, 13 years older than Dutch driver Verstappen.

Hamilton is now in the final 12 months of a Mercedes deal worth a reported £40 million ($52 million, 48 million euros) a year.

But with Italian giants Ferrari apparently distancing themselves from a move to sign Hamilton, the outstanding driver could now sign a contract extension with Mercedes.

"It is a real privilege to be wanted to stay and to be part of a great team," added Hamilton. "That is a great feeling, and I hope I can continue to help to contribute to the team's success.

"Every year I am trying to improve, take a step up, refine the game and the mental approach. That is the real challenge.

"But I have a great team that I get to work with and every year we are extracting more from each other."