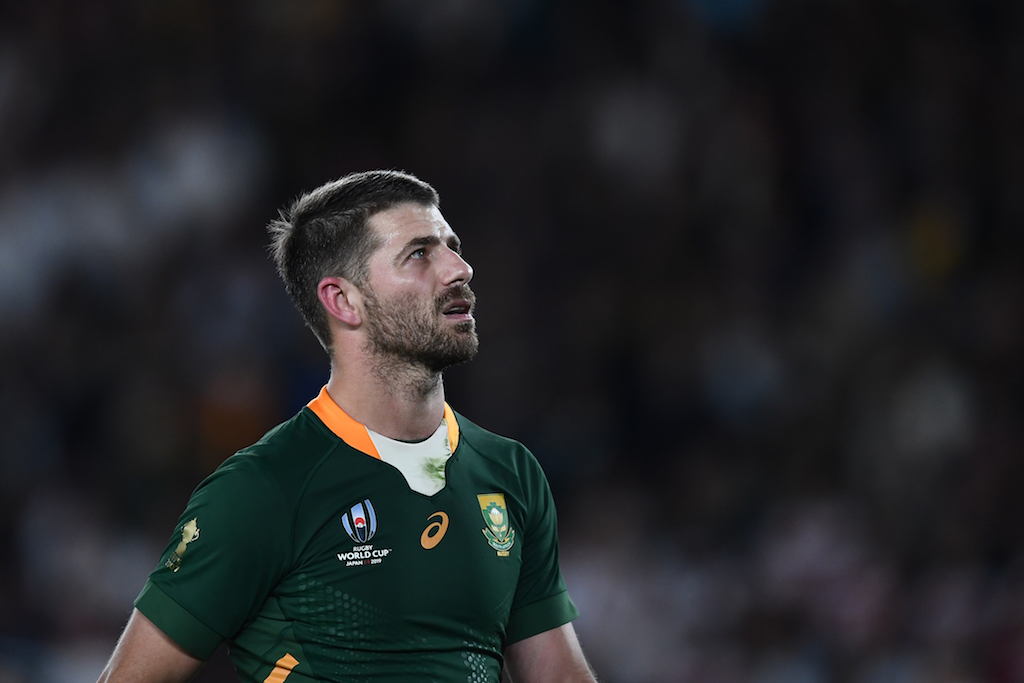 File: South Africa's full back Willie Le Roux looks on during the Japan 2019 Rugby World Cup final match between England and South Africa at the International Stadium Yokohama in Yokohama on November 2, 2019.

The 30-year-old visited a doctor in the Western Cape province last week to seek treatment for a stomach ache.

His condition worsened overnight and he underwent an emergency operation to remove an appendix infected by bacteria.

"I have never experienced pain like that before," Le Roux told weekly Afrikaans newspaper Rapport.

"The doctor told me that if I had waited another day my appendix would have burst. I was really scared," he added.

READ: Kolisi named the most influential personality in world rugby

After several days in hospital, Le Roux returned to his home in Somerset West.

Capped 61 times by South Africa, he plans to travel to Japan in September to play for the Toyota Verblitz club, who have hired former New Zealand coach Steve Hansen.

Le Roux debuted for the Springboks in 2013 and after falling out of favour at one stage, was recalled when Rassie Erasmus became coach two years ago before starting November's World Cup final win over England.