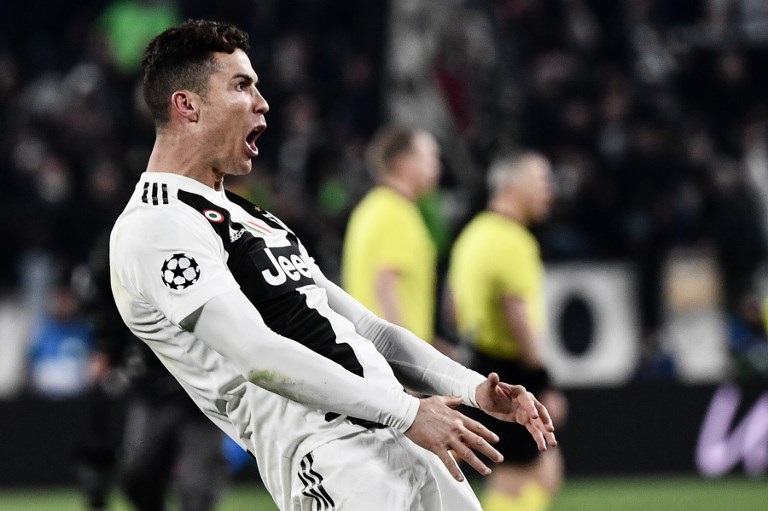 TURIN - Cristiano Ronaldo put Juventus on the brink of a ninth consecutive Italian league title on Monday after he scored twice in a 2-1 win over Lazio to become the first player to hit 50 goals in Serie A, La Liga and the Premier League.

Maurizio Sarri's side could win the title on Thursday against lowly Udinese, or on Sunday at home against Sampdoria, depending on their rivals' results this week.

"We are missing four points, only after we have achieved them will we then be able to think about the goal achieved," said Sarri.

"All the games are difficult now, and in the space of six days, we play three games. So, we must stay focused and think about securing the missing points."

Sarri added: "Cristiano is an impressive player because he has the extraordinary ability to complete a quick recovery between games.

"Not only physically, but, above all, mentally: he is a champion with his feet, but also with his head."

Ronaldo grabbed the first goal from the penalty spot just after the break and was handed a tap-in three minutes later by teammate Paulo Dybala.

The Portuguese has scored 30 goals this season, equal with Lazio's Ciro Immobile, who ended his three-match drought with a late penalty. His second was his 50th goal in Serie A, after also passing the landmark in England and Spain.

The 35-year-old is now looking to become the first player to finish top scorer in three of the top five European leagues after doing so England and Spain.

"Records are always important, but the team victory is more important," said Ronaldo.

"I'm helping the team to win. It's important to win the title. There are four games left and we know that Serie A is a difficult championship."