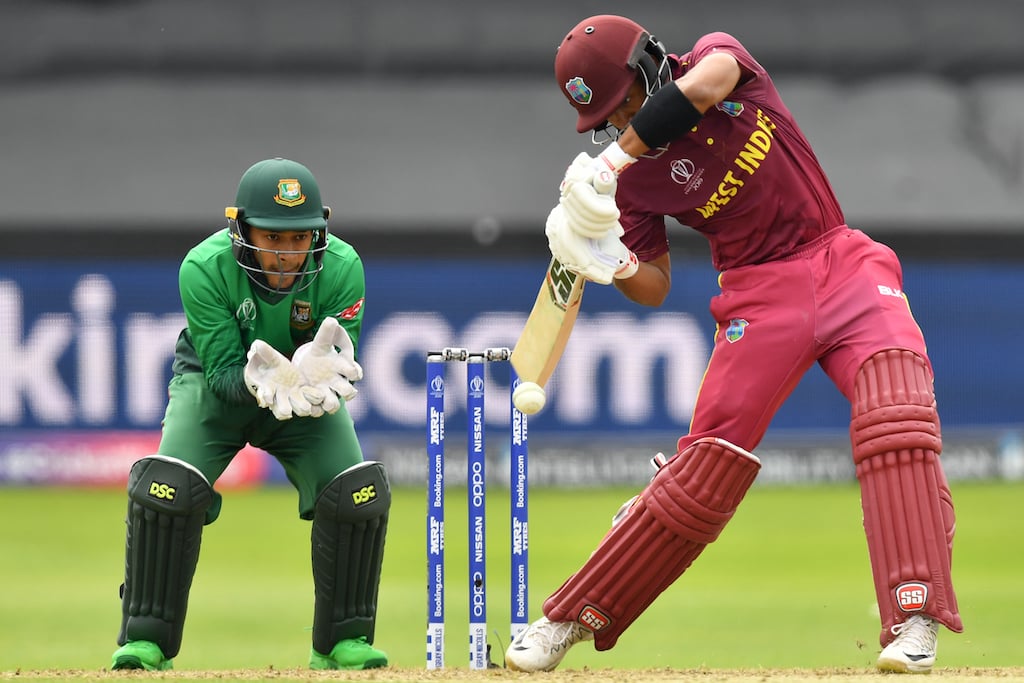 TAUNTON - West Indies took control of their World Cup clash with Bangladesh as Shai Hope's 96 and the joint-fastest fifty of the tournament from Shimron Hetmyer inspired an imposing 321-8 at Taunton on Monday.

It seemed Bangladesh captain Mashrafe Mortaza might be rewarded for his decision to bowl first when the West Indies were contained to a sedate 94-1 from the first 22 overs.

But the Windies couldn't be held in check in the second half of the innings as Hope laid the foundations for his country's fourth highest World Cup score with a resolute 121-ball innings.

Hitting around Hope, Evin Lewis made 70 from 67 balls before Hetmyer smashed 50 in 26 balls, featuring four fours and three sixes

It was the equal fastest 50 in this year's tournament and the third quickest by a West Indies batsman in World Cup history.

"The pitch flattened out a bit more at the end and I was pretty pleased with 321," Hope said.

"We've got a bit more pace and height so hopefully we can extract a bit more."

West Indies opener Chris Gayle was expected to wreak havoc in the tournament, but the big-hitting 39-year-old has only managed scores of 50, 21 and 36.

Once again Gayle looked out of sorts and he went 12 balls without scoring before dangling his bat limply at Mohammad Saifuddin's seaming delivery on the 13th, with the edge held low down by wicket-keeper Mushfiqur Rahim.

Lewis kept grinding away and reached his first World Cup fifty from 58 balls.

But Lewis paid the price for his sudden aggression when he was caught off Shakib Al Hasan going for one more blast with the score on 122.