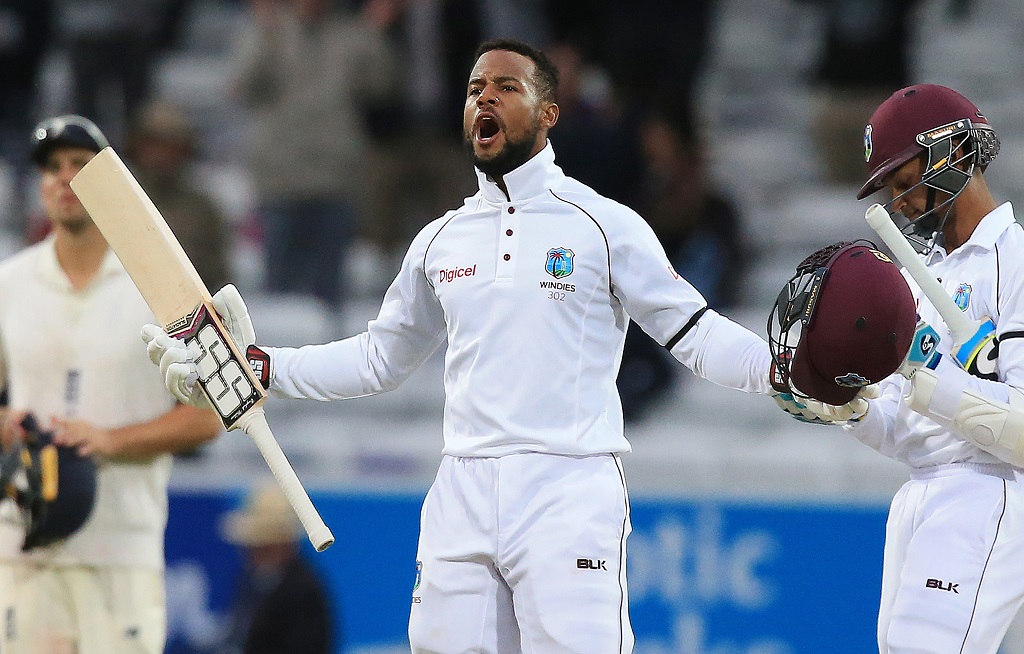 LEEDS – Shai Hope led the West Indies to an astonishing five-wicket win over England in the second Test on Tuesday as he became the first batsman to score hundreds in both innings of a first-class match at Headingley.

"Someone had to do it today and that someone was me" -- Shai Hope pic.twitter.com/upYUOw4RRo

The 23-year-old Hope had not made a hundred in any of his previous 11 Test matches.

Victory gave West Indies their first Test match win in England since 2000 and saw them level the three-match series at 1-1 after they suffered a humiliating innings and 209-run defeat inside three days in the first Test at Edgbaston.

It was also, excluding fixtures against Bangladesh and Zimbabwe, just the West Indies' fourth Test win away from home in 88 matches spanning 20 years.

But after resuming on five without loss, the West Indies scored more than 300 runs on the last day at Root's Yorkshire home ground.

Hope and Kraigg Brathwaite (95) shared a stand of 144 after they had put on 246 in the first innings, when Brathwaite made 134.

Hope, the first West Indies batsman to score hundreds in both innings of a Test in England since Gordon Greenidge at Old Trafford in 1976, hit the winning runs with two off Chris Woakes as the West Indies won with 28 balls to spare.

The series concludes with the third Test at Lord's starting on September 7.