'Hungry' Joshua says no celebration if he beats Ruiz 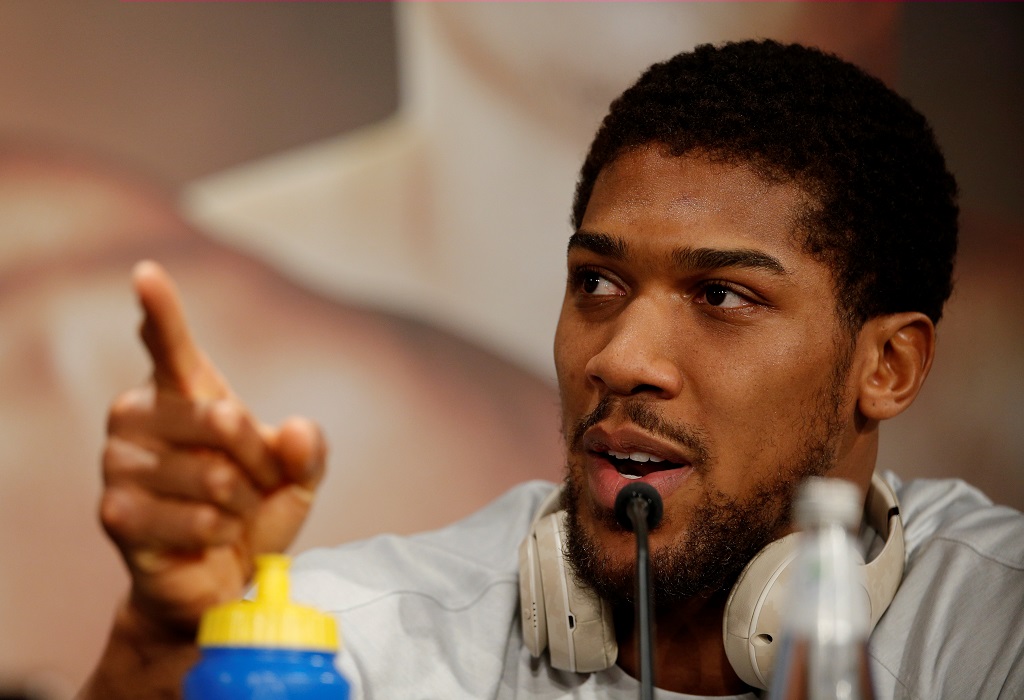 Boxer Anthony Joshua gestures during a December 4 press conference ahead of his rematch with Andy Ruiz Jr in Saudi Arabia.

SAUDI ARABIA - Anthony Joshua said on Wednesday he will not celebrate if he regains his world heavyweight title, as he faced off with rival Andy Ruiz in a final press conference before their controversial rematch in Saudi Arabia.

Joshua seeks to win back the IBF, WBA and WBO titles that he lost to Ruiz in a shock June defeat in New York in a high-profile duel on Saturday, dubbed "Clash on the Dunes".

The British boxer, 30, said he was "hungry, determined and focused" as he appeared alongside Ruiz in a press conference in Diriyah, close to the Saudi capital Riyadh.

"When I regain those belts... I am going to keep calm, stay focused. It's not a time to celebrate. It's a time to keep that challenger mindset and move on to the next target."

But Ruiz insisted he would stay unbeaten.

"There's no way that I'm going to let these belts go," he said.

"I am going to die trying and do anything that's possible. It's been a long journey and a long rollercoaster in my life, and now that my dream has come true I will never let this go.

READ: Ruiz vs Joshua 2 - The Stats

Ruiz said all the pressure was on Joshua ahead of the rematch.

"I know (Joshua) is going to come with a different game plan, I know he's prepared and I know he's motivated," he said.

"I know he's lost weight and will try to box me around, but it's just may job to prevent that. I'm ready for whatever comes my way."

The rematch will take place in Diriyah, home to a UNESCO World Heritage site and a dramatic contrast to the iconic Madison Square Garden which hosted the first fight between the two men which ended in a seventh-round stoppage.

READ: Lennox Lewis: Ruiz vs Joshua rematch should have been in the UK

Saturday's bout is mired in controversy.

Under de facto ruler Crown Prince Mohammed bin Salman, Saudi Arabia has also mounted a sweeping crackdown on dissent which has seen dozens of women activists, journalists and political dissidents jailed during the past two years.

Activists accuse Saudi rulers of using glitzy concerts and sporting extravaganzas as a tool to try and soften their international image as it gears up to host the 2020 G20 summit, an event that is set to see the leaders of the world's 20 richest nations converging on the kingdom.

In February, the kingdom hosted a first European Tour golf event while the world's most gruelling motor sports race, the Dakar Rally, will be held in the country in January.

Both Joshua and Ruiz, however, have shrugged off criticism over Saudi Arabia's human rights record, saying they were happy to have the fight the kingdom.

Joshua hailed the venue of Saturday's fight in Diriyah as the "Mecca of boxing".