IAAF hits back at Semenya to be classed as 'biological male': reports 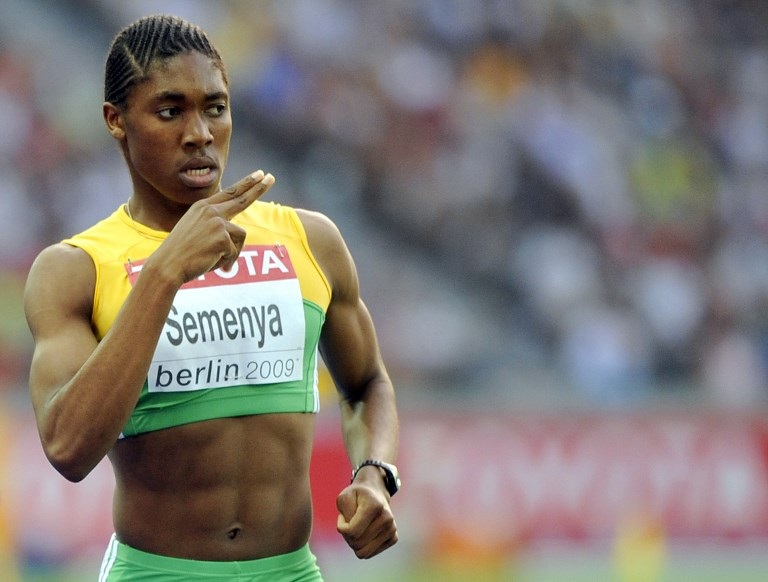 File: Caster Semenya will return to the field on Friday night.

LONDON - The IAAF is to argue that Olympic women's 800m champion Caster Semenya should be classified as a "biological male" and forced to take testosterone suppressants if she is to compete in women's competition, according to reports on Wednesday.

Ahead of a landmark hearing at the Court of Arbitration (CAS) next week, The Times said that the IAAF will contest Semenya and other athletes with "differences of sexual development" (DSD) should only be able to compete with lower testosterone levels to ensure a level playing field.

However, the IAAF hit back at the "biological male" claims on Wednesday.

"The IAAF is not classifying any DSD athlete as male. To the contrary, we accept their legal sex without question, and permit them to compete in the female category," the IAAF said in a statement.

"However if a DSD athlete has testes and male levels of testosterone, they get the same increases in bone and muscle size and strength and increases in haemoglobin that a male gets when they go through puberty, which is what gives men such a performance advantage over women.

"Therefore, to preserve fair competition in the female category, it is necessary to require DSD athletes to reduce their testosterone down to female levels before they compete at international level."

Semenya, along with South Africa's athletics association, is challenging the IAAF's new eligibility rules that would oblige DSD runners in women’s middle-distance races to have significantly reduced levels of testosterone for the previous six months.

As well as Semenya, the silver and bronze medallists of the 800m at the Rio Olympics, Francine Niyonsaba of Burundi and Kenya's Margaret Wambui, have also faced questions about their testosterone levels.

"If the CAS rules that legal recognition as female is sufficient to qualify for the female category of competition, and the IAAF is not permitted to require athletes of female legal sex who have testes and consequently male levels of testosterone to reduce those levels down to the female range, then DSD and transgender athletes will dominate the podiums and prize money in sport," Jonathan Taylor, the IAAF's London-based lawyer told The Times.

"Women with normal female testosterone levels will not have any chance to win."