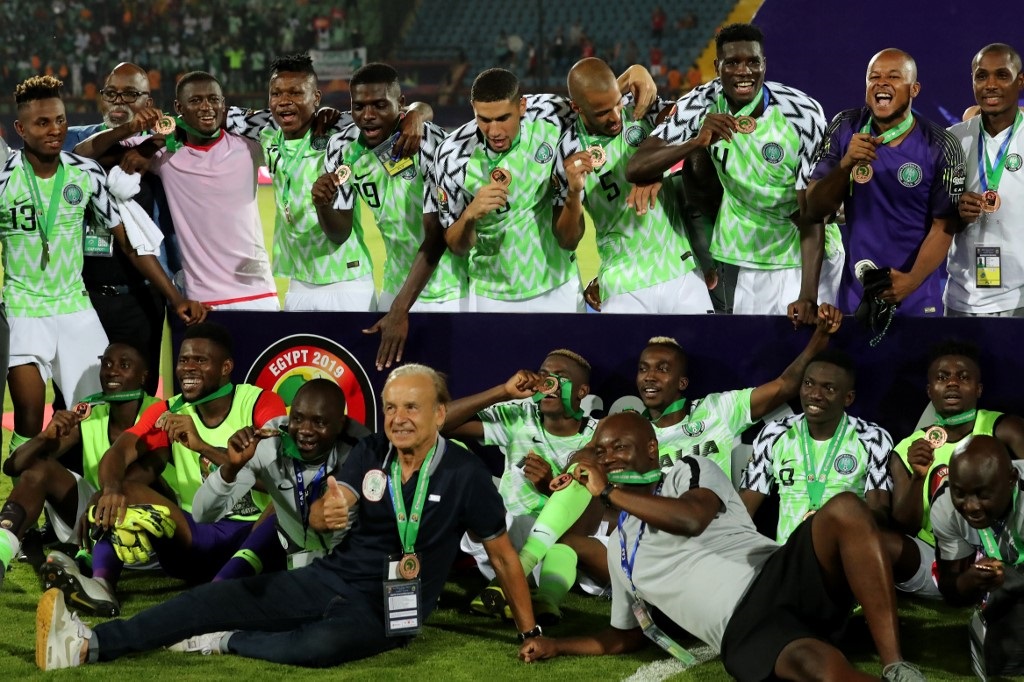 CAIRO - Odion Ighalo boosted his chances of winning the Golden Boot at the Africa Cup of Nations on Wednesday after he netted Nigeria's winner to ensure his side third place in the tournament with a 1-0 victory over Tunisia.

The 30-year-old Shanghai Shenhua forward struck the only goal of the match just 130 seconds after the kick-off before a small crowd at the Al Salam Stadium in Cairo.

It was his fifth goal at the tournament and pu5s him two ahead of closest rivals Riyad Mahrez, Adam Ounas, Cedric Bakambu and Sadio Mane, who have three goals each.

Algerians Mahrez and Ounas and Senegal's Mane have a chance to increase their totals when the two countries face off in Friday's final at the Cairo International Stadium.

Ighalo, who was the leading scorer in the 2019 qualifying competition with seven goals, left the field just before half-time with a pulled hamstring.

Tunisia had little to offer in attack and it took 57 minutes before they had a goal attempt on target.

Nigeria maintained their perfect record in third place playoffs at the Cup of Nations having won six other matches between the beaten semi-finalists.

The first of those successes came in 1978 against Tunisia in a match abandoned just before half-time when the north Africans stormed off to protest a disputed Nigerian equaliser.

Nigeria were awarded a 2-0 victory in Ghana and have now won six other playoffs, including three in a row between 2002 and 2006.