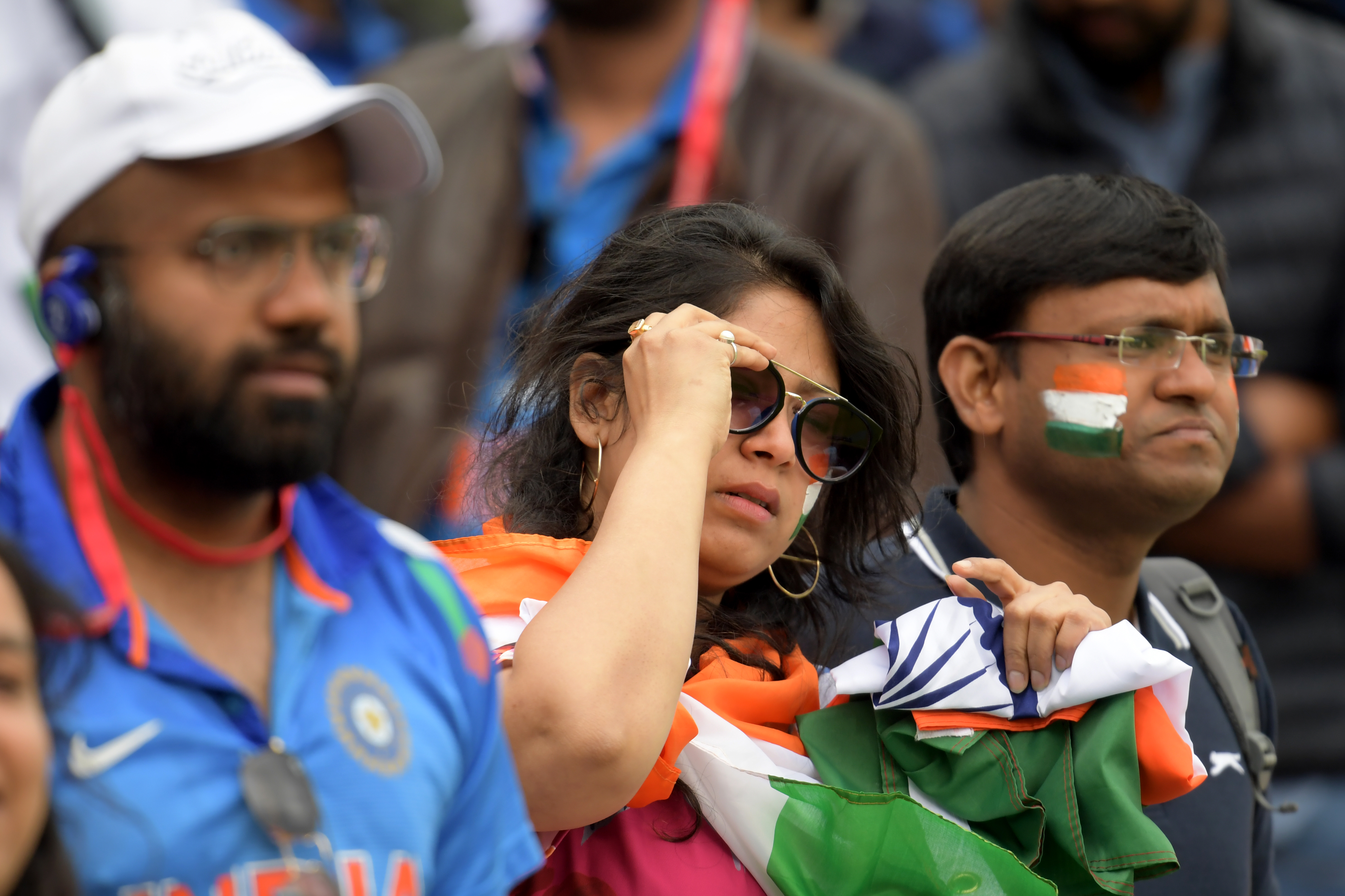 India's fans react at the end of play during the 2019 Cricket World Cup first semi-final between New Zealand and India at Old Trafford in Manchester, northwest England, on July 10, 2019. New Zealand beat India by 18 runs.

NEW DELHI - Cricket-mad Indians tried Thursday to come to terms with their shock World Cup exit, with the Times of India telling readers "The Sun will still rise tomorrow" and Ravindra Jadeja emerging as a new national hero.

The unexpected defeat to New Zealand in Wednesday's semi-final came after a top-order batting collapse had left them teetering at 24-4.

Jadeja and veteran Mahendra Singh Dhoni, renowned as one of the game's great finishers, rekindled the hopes of the cricket-crazy nation with a fighting seventh-wicket century partnership but it wasn't enough as India, chasing 240 to win, lost by 18 runs.

"For a while it looked like he (Dhoni) would turn back the clock and script another great escape, but that was not to be," wrote the Indian Express under the headline "The un-finisher".

Batting legend Sachin Tendulkar said the target was "not big" but India had been too reliant on the top three in the batting order - Rohit Sharma, KL Rahul and captain Virat Kohli - who each only scored one run.

"It's not fair all the time to expect Dhoni to come and finish the game. He has done it time and again," Tendulkar said, while also praising Kane Williamson's "incredible" captaincy for the Black Caps.

And former greats Sourav Ganguly and VVS Laxman said that Dhoni's experience meant he should have batted higher in the order.

"It was a tactical blunder... The stage was set for Dhoni," Laxman said.

Former captain Ganguly said that the "composure" of Dhoni would have had a calming effect had he come in sooner.

"India needed experience at that stage. If Dhoni was there when (Rishabh) Pant was batting, he would not have allowed Pant to play that shot against the breeze," Ganguly said after the youngster holed out on the boundary to put India in further strife at 71-5.

On the streets of Delhi, fans were disappointed but philosophical.

"Well I thought we should have won. But well I suppose cricket is cricket," said Gorinder Wallia. "We have to accept it."

"I think they could have done a lot better, because all over the series they have been playing outstanding," said Aastha Sharma.

Kohli's last three scores in World Cup semi-finals have now been nine, one, one -- the US emergency number -- a coincidence not lost on some Twitter users.

"For sure that calls for an emergency," tweeted one, Rohit Thakur.

Many focused on the heroics of top-scorer Jadeja, whose sword-twirling bat celebration after reaching 50 was as a rare moment of cheer.

"When he walked out to bat, situation was dire. Dirge played in the stands... Chest out, brisk walk, and steely glint in his eyes. In six balls we knew he meant business," the Indian Express said.

Former India opener Virender Sehwag said the all-rounder's rapid 77 was "an outstanding innings" and got India back into the game.

"He just ripped me apart today. Those bits and pieces of brilliance just proved me wrong on all fronts," Manjrekar conceded.

Dhoni, who captained India to their last World Cup victory in 2011 remained a hero, with "#ThankYouMSD" trending on Twitter.

"One Sun, One moon and one MSD #ThankYouMSD for your valuable contribution... 350 ODIs," read one tribute.