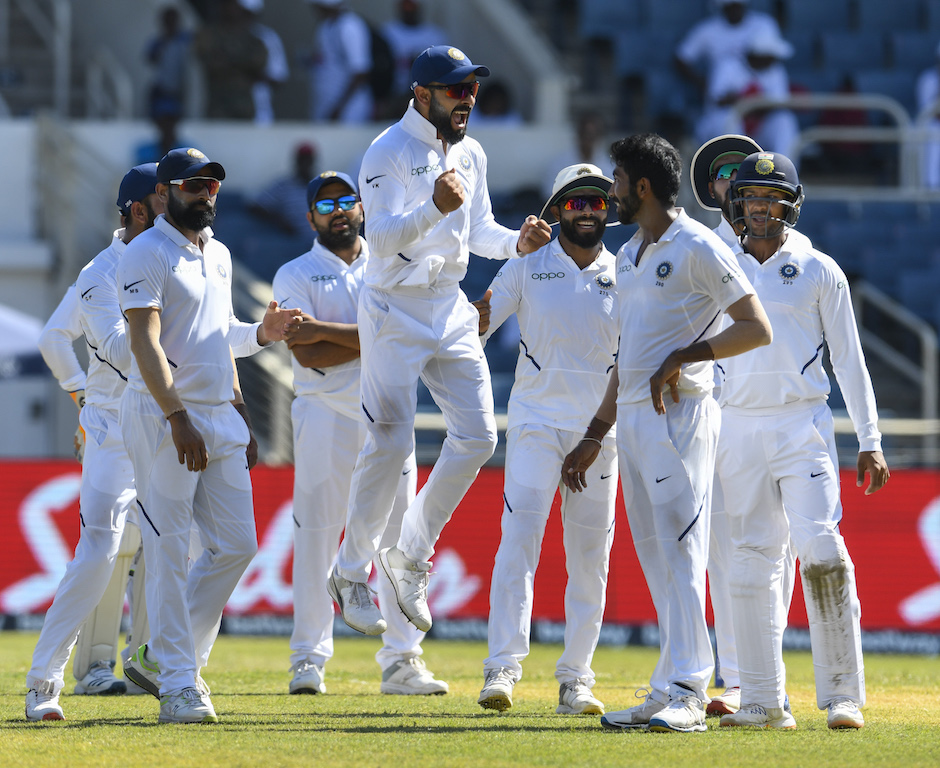 Virat Kohli (4R) of India celebrates the dismissal of Roston Chase of West Indies during day 2 of the 2nd Test between West Indies and India at Sabina Park, Kingston, Jamaica, on August 31, 2019.

NEW DELHI - Uncapped opener Shubman Gill was named on Thursday in the Indian Test squad to face South Africa as the selectors axed out of form KL Rahul.

The 20-year-old has been rewarded for his prolific run-scoring in the India A team during the tour of the West Indies, where he became the youngest Indian to score a first-class double hundred.

He may have to bide his time for a Test debut, though, as the omission of Rahul, who managed just 101 run in his four Test innings in the recently concluded West Indies tour, paves the way for Rohit Sharma to step up to open in the XI.

Chief selector MSK Prasad said he "wanted to give Rohit Sharma an opportunity to open the innings in Tests".

Sharma, who is the team's limited-overs vice-captain, has not been a Test regular and last played a five-day game in Australia last year. He has played 27 Tests in contrast to his 218 one-day appearances.

Vihari, a middle-order batsman, scored a sparkling century and two fifties to top-score with 289 runs in the West Indies as India swept the two-match series.

The national selectors have once again chosen two wicketkeepers for the series with rising star Rishabh Pant having competition from Wriddhiman Saha.

Paceman Umesh Yadav has also been left out of the team.

The three-Test series follows three T20 internationals which start in Dharamsala on Sunday.