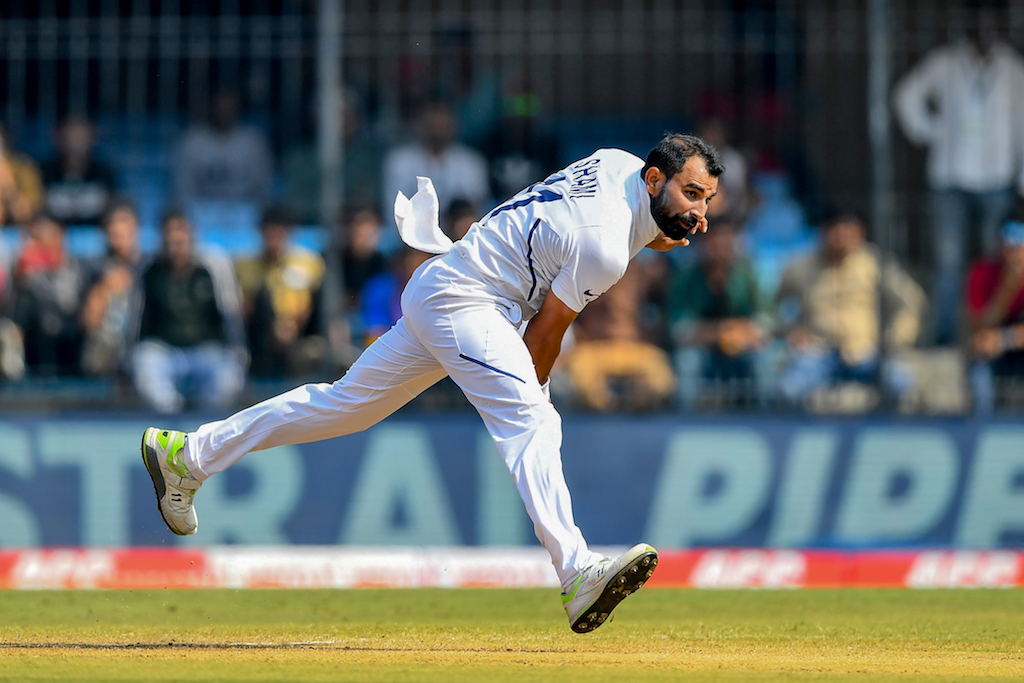 INDORE - India closed in on an innings victory over Bangladesh in the first Test despite an unbeaten half-century from Mushfiqur Rahim on Saturday.

The tourists were 191 for six at tea on day three, still trailing India by 152 runs in their second innings in Indore.

Mushfiqur, on 53, and Mehidy Hasan, on 38, were batting at the break after India declared their first innings at 493 for six overnight -- a lead of 343 runs.

Bangladesh were bundled for 150 in their first innings.

Fast bowler Mohammed Shami improved his match tally to six wickets after lunch, having Mahmudullah caught at slip for 15.

Mushfiqur and Liton Das then put on 63 runs for the sixth wicket before Ravichandran Ashwin broke the stand.

Liton was caught and bowled for 35 by the star off-spinner, who reached 250 wickets in home Tests during Bangladesh's first innings.

Mushfiqur, who was dropped by Rohit Sharma at second slip off Shami on four, completed his 20th Test fifty.

India rode on opener Mayank Agarwal's 243 to pulverise the Bangladesh bowlers and amass 407 runs on Friday.

The hosts are looking to take lead in the two-match series with the second Test -- the country's first-ever day-night game -- starting in Kolkata on November 22.